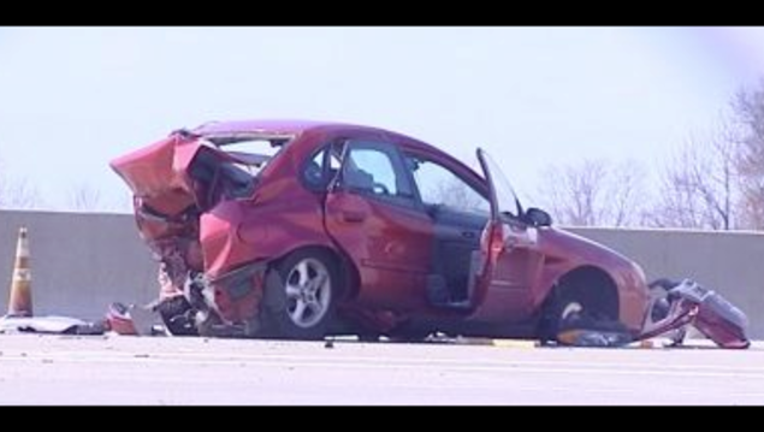 A 3-year-old boy was killed in a crash Thursday morning on I-90 near northwest suburban Huntley. | Network Video Productions

SUN-TIMES MEDIA WIRE - A 3-year-old boy was killed and three other people were injured in a crash Thursday morning on the Jane Addams Memorial Tollway near northwest suburban Huntley.

The crash happened at 10:08 a.m. on westbound Interstate 90 at milepost 47 in Gilberts, according to Illinois State Police.

A red 2001 Ford Taurus was heading west in the middle lane when it stopped or slow-rolled in traffic and a black 2013 Ford Fusion rear-ended the Taurus, police said.

A silver 2009 Ford F-150 behind the other two Fords tried to avoid the crash, but rear-ended the Fusion, police said.

A 3-year-old Rockford boy who was a passenger in the Taurus was taken to Centegra Hospital in Huntley, where he was pronounced dead, police said. His name has not yet been released.

The driver of the Taurus, a 26-year-old Rockford woman, and the driver of the Fusion, a 48-year-old Zionsville man, were taken to Sherman Hospital in Elgin with injuries that were not life threatening, police said.

A second passenger of the Taurus, a 30-year-old Dixon man, was airlifted to Lutheran General Hospital in Park Ridge with life-threatening injuries, police said.