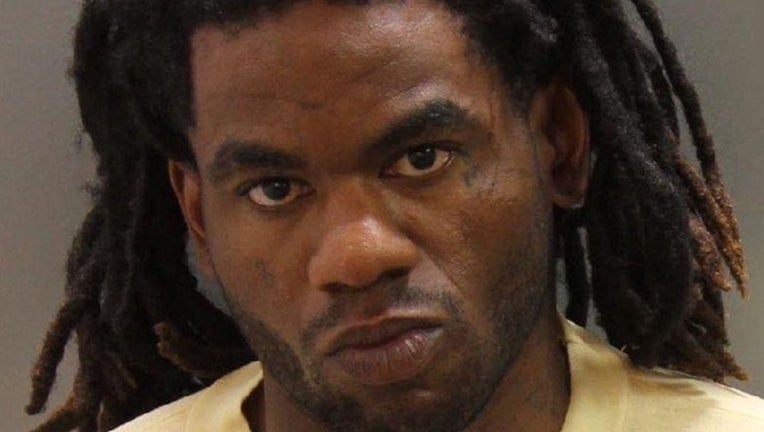 BOISE, Idaho (AP) - A 3-year-old Idaho girl who was stabbed at her own birthday party died Monday, two days after a man invaded the celebration and attacked nine people with a knife, authorities said.

Timmy Kinner is accused of stabbing a group of children and the adults who tried to protect them at the party at an apartment complex that is home to many refugee families.

Word of the child's death came at Kinner's first court appearance, where Ada County Magistrate Judge Russell Comstock told him that he was charged with first-degree murder and other felonies in connection with the Saturday night attack.

Comstock told Kinner he was "an extreme danger to the community" and ordered him held without bond.

Kinner is American, and the victims are members of refugee families from Syria, Iraq and Ethiopia. Boise Police Chief William Bones said the evidence does not suggest the attack was a hate crime.

The suspect had recently stayed at the apartment complex but was asked to leave Friday over bad behavior, Bones said.

The 30-year-old appeared in court through closed-circuit video, a common practice for first appearances in Idaho. Wearing a tattered off-white sweatshirt with his arms shackled to his waist, Kinner told the judge he didn't understand the charges or proceedings. He also said he wanted to represent himself.

The judge ordered that he be appointed a public defender anyway.

"I can't explain the charges any more clearly than I just did," he told Kinner.

Three of the stabbing victims were adults, the others children: the 3-year-old girl who died, two 4-year-olds, a 6-year-old, an 8-year-old and a 12-year-old.

If convicted, Kinner could be eligible for execution under Idaho law. Ada County Prosecutor Jan Bennetts said her office has not yet decided whether to seek the death penalty, saying those "high-level decisions" are made only after all the facts are in.