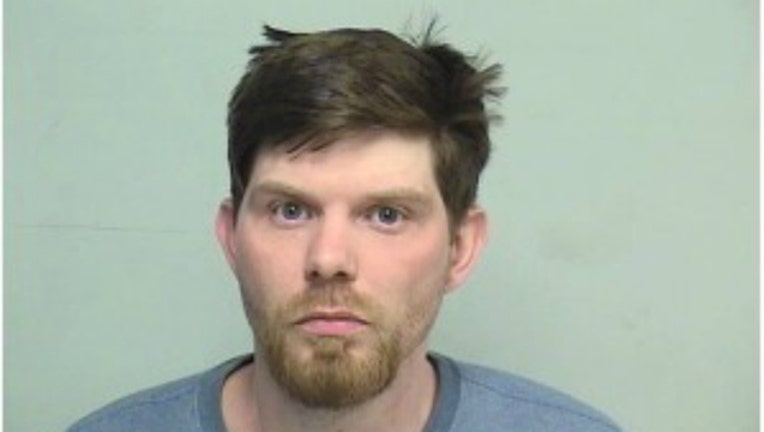 John Nolan, 32, of Twin Lakes, Wisconsin, was arrested Thursday and charged with arson and criminal damage to property.

About 4 a.m. April 7, Nolan entered a property in the 42900 block of North Pederson Lane, damaged items on the homeowner’s lawn and ignited a storage tank full of diesel fuel, the Lake County sheriff’s office said. The fuel tank exploded and set fire to the surrounding area.

After viewing surveillance video, investigators arrested Nolan at his job, the sheriff’s office said. Nolan told detectives that he blew up the tank because he was intoxicated and angry that a woman he asked on a date that evening turned him down.

The sheriff’s office said this was a random act of damage and arson, and Nolan had no relationship with the homeowner.