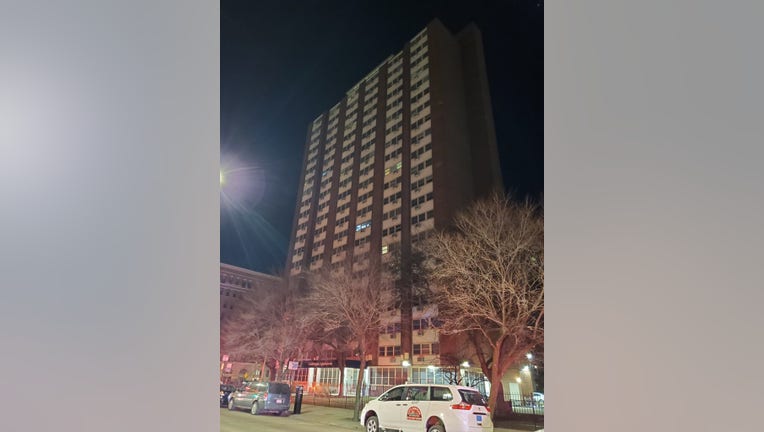 Four people were hurt and one person burned in an apartment complex fire March 2, 2021, in the 4500 block of North Sheridan Road. | CFD

CHICAGO - A high-rise fire and carbon monoxide leak sent five people to hospitals early Tuesday in Uptown on the North Side.

Firefighters were called to high carbon monoxide readings about 4:30 a.m. at an apartment complex in the 4500 block of North Sheridan Road, according to Chicago fire officials.

Four people were taken to the hospital for treatment, the department said.

Crews found a faulty furnace and returned carbon monoxide levels, which read 200 parts per million, back to normal a short time later, fire officials said. Residents returned to the building.

About 30 minutes later, a small fire was found in one of the units, fire officials said. The blaze was put out shortly after it was discovered.

One person was taken to the hospital with a minor burn, fire officials said.