A woman was killed, and four other people were wounded in a shooting Tuesday in Avalon Park on the South Side.

CHICAGO - An 18-year-old woman was killed and four others wounded Tuesday when several gunmen opened fire into an Avalon Park convenience store, striking the five bystanders while targeting a boy inside, Chicago police said.

Three of the attackers got out of a car about 5:20 p.m. at 79th Street and Avalon Avenue and walked up to the front entrance of the store, opening the door and firing several shots inside, police said.

Jaya Beemon, of nearby Park Manor, was shot in the neck. She was pronounced dead at the University of Chicago Medical Center, according to police and the Cook County medical examiner’s office.

Detectives believe the suspects were targeting a boy inside the store, according to Chicago police spokesman Anthony Guglielmi.

“It appears he was the target,” Guglielmi said. “They recklessly fired into the store and, tragically, an innocent woman was killed.” 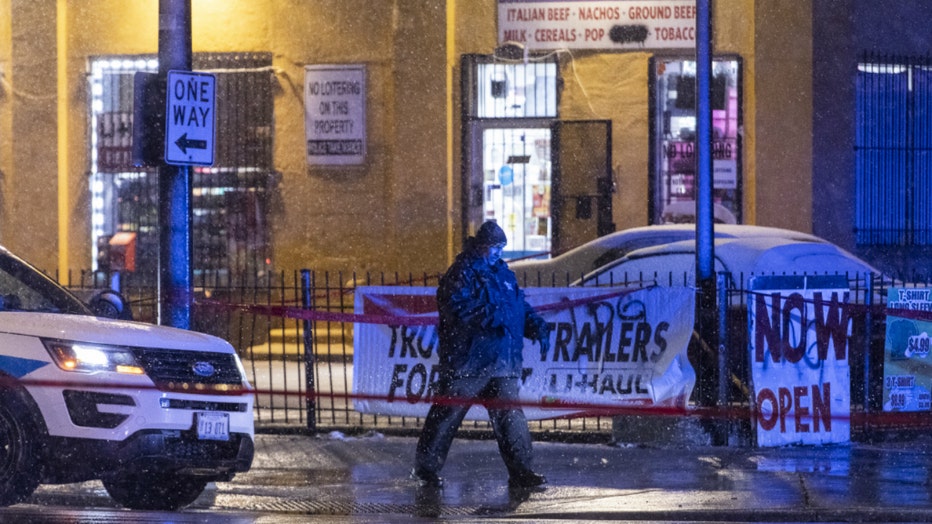 The boy had entered the store with two women who were wounded in the shooting, he said. Three others, including Beemon, were not part of his group.

The gunmen continued firing as they left the scene in a white vehicle, police said. Police are searching for the boy who had been targeted.