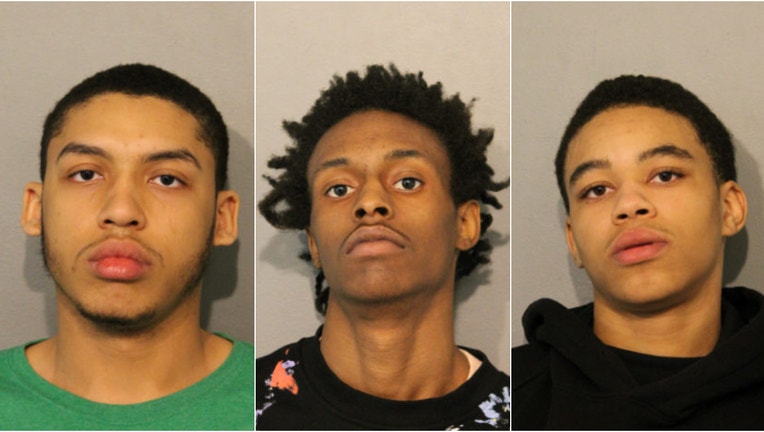 CHICAGO - Charges have been filed against five people who allegedly stole clothes from an H&M store on the Magnificent Mile Thursday and ran through a CTA Red Line tunnel toward Division Street, where officers arrested them.

Two boys, 15 and 16, and three 18-year-old men each face a felony count of retail theft over $300 and a misdeamnor count of trespass, according to Chicago police.

The charged adults: Keshaun Vance of suburban Riverdale; Kesean Reese of South Shore; and Alonzo Hall of Gresham, who also faces a count of misdemeanor assault.

Police said the group stole clothes about 11:30 a.m. from a store in the 600 block of North Michigan Avenue and ran to the CTA Red Line station on Chicago Avenue.

They ran north on the tracks to the next stop at Division Street, where waiting officers arrested them, police said.

The men were each released on bail, Cook County court records show. They are due back in court Feb. 27.