According to Chicago police, the five suspects were identified as the individuals who stabbed a 42-year-old with a knife on a CTA Red Line train Friday morning. 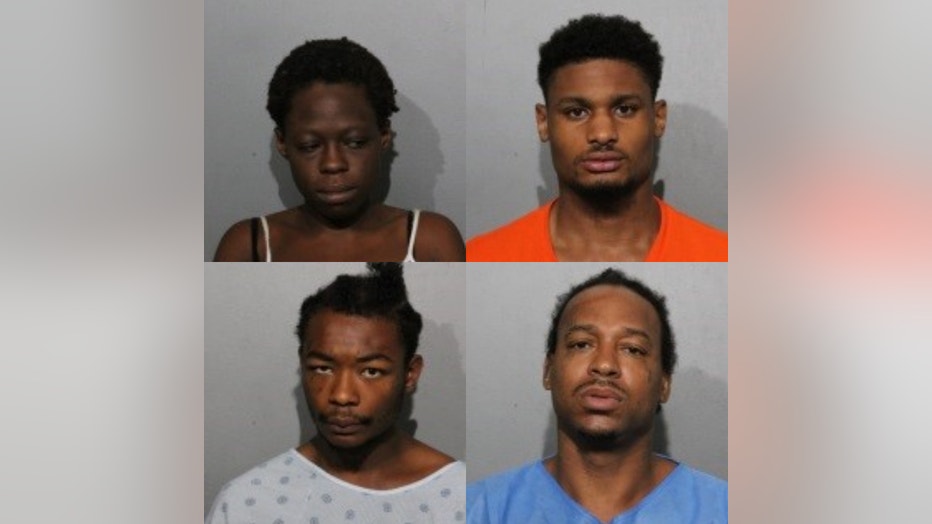 The 42-year-old man switched train cars around 2 a.m. at the North/Clybourn Red Line stop when he was followed by a group of people who demanded his belongings, according to Chicago police.

The group began attacking the 42-year-old with a knife and a broken glass bottle, police said. The victim pulled out a knife of his own to fend off his attackers, police said.

Three of the suspects suffered injuries during the assault as well.

Fire officials said a CTA employee was taken to St. Mary's Hospital to be treated for anxiety.

The offenders were arrested after the stabbing and placed into custody.