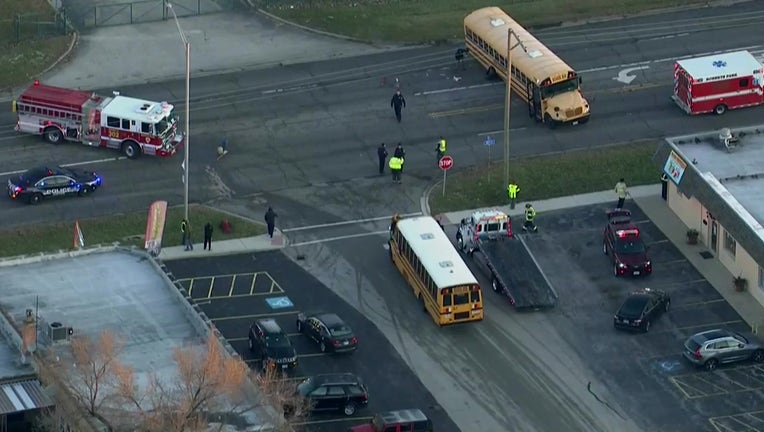 The crash happened about 6:30 a.m. when a northbound school bus on 79th Street turned west onto 85th Street and struck the side of another bus occupied by five students, according to Justice police Sgt. Fred Schuerg. The turning bus did not have students aboard.

The children were taken to hospitals with minor injuries including scratches, according to Schuerg. One bus had significant front-end damage and the other had a broken drive-shaft. Both had to be towed from the scene.

“Our number one priority is our student’s safety and welfare,” Nuccio said. “I’m happy to say that everyone’s OK.”

First Student Inc., which the school district said employs the bus drivers, did not immediately respond to a request for comment.