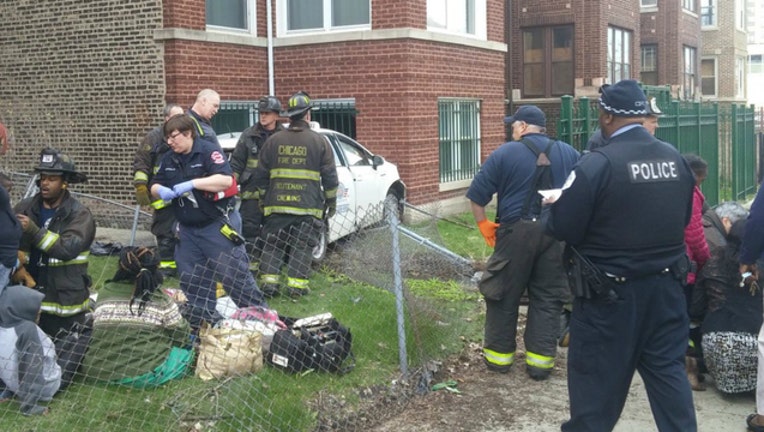 Five children and two adults were injured when a taxi crashed into a building Friday afternoon in the South Shore neighborhood. | Fire Media Affairs

CHICAGO (Sun-Times Media Wire) - Five children and two woman were injured when a taxi crashed into a building Friday afternoon in the South Shore neighborhood.

The cab crashed into a building in the 7100 block of South Yates at 2:19 p.m. after it was hit by an SUV, according to Fire Media Affairs and Chicago Police. There was no structural damage to the building, police said.

A 1-year-old boy, two 4-year-old boys, a 7-year-old boy and a 10-year-old girl were taken to University of Chicago Comer Children’s Hospital, fire officials said. Their conditions were stabilized.