O’Hare and Midway are expected to be among the busiest airports in the country throughout the holidays.

CHICAGO - O’Hare and Midway are expected to be among the busiest airports in the country throughout the holidays.

Airlines estimate 5 million people will pass through both airports, more than a 2% increase from last year, the Chicago Department of Transportation said.

Friday was projected to be the busiest travel day. More than 230,000 passengers are expected to pass through O’Hare and more than 49,000 are expected at Midway, the department said.

As people return home at the end of the season, the second-busiest travel day at O’Hare is expected to be Jan. 3 while Midway’s will be Jan. 4. 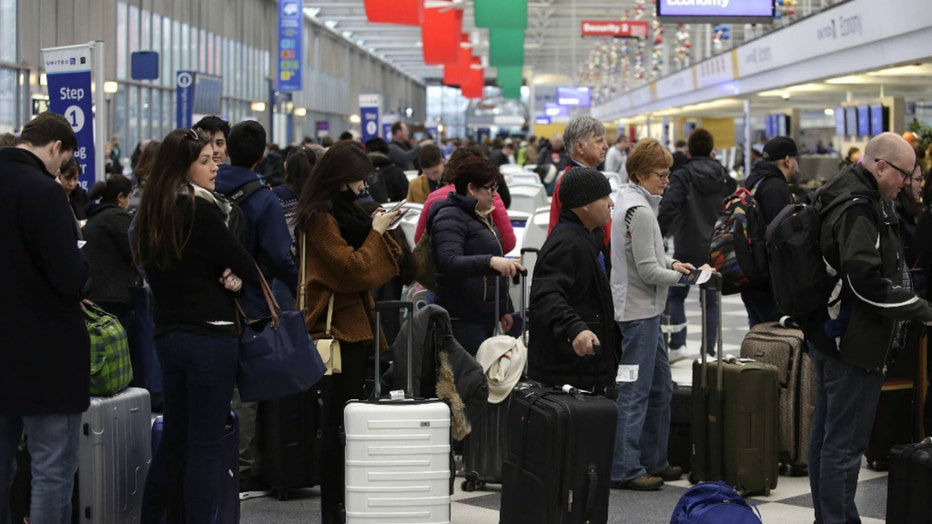 Over the entire 19-day travel period — Dec. 19 through Jan. 6 — O’Hare will have more than 3.9 million passengers, while Midway will have nearly 1 million, according to department.

Meanwhile, Chicago police are warning travelers not to bring marijuana to either airport, even after Jan. 1 when the drug can be legally bought and used in Illinois.

Even so, Chicago police and TSA say they won’t confiscate marijuana as long as the user abides by the new ordinance. Starting Jan. 1, adults 21 or older can possess up to 30 grams of cannabis flower, 500 mg of THC in a cannabis-infused product and 5 grams of cannabis concentrate.