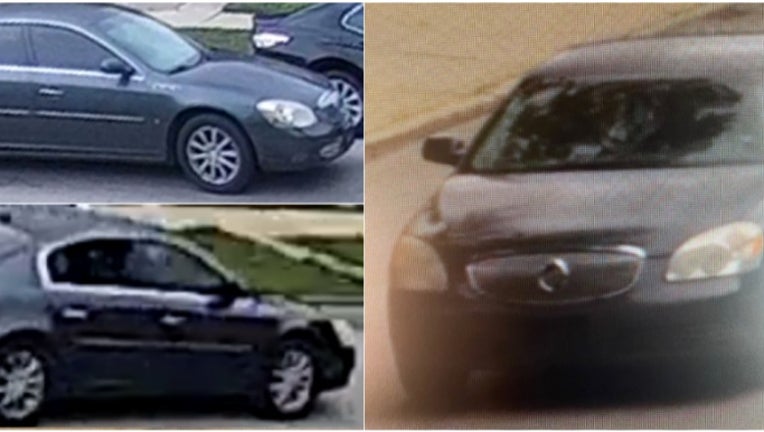 This vehicle is wanted in connection to the Sept. 10, 2020, shooting of a postal worker in the Burnside neighborhood. | U.S. Postal Inspection Service

CHICAGO - Authorities are offering a $50,000 reward for information leading to the conviction of shooter who critically wounded a female USPS letter carrier earlier in September on the South Side.

The U.S. Postal Inspection Service also released three photos of the Buick Lucerne believed to be used in the Burnside neighborhood shooting.

The 24-year-old letter carrier was delivering mail Sept. 10 in the 9100 block of South Ellis Avenue when gunfire erupted from inside two vehicles speeding past, Chicago police said at the time.

She was shot in each leg and in the back of her head, police said. One gunshot entered her buttocks and ricocheted through her abdomen. Paramedics took her to the University of Chicago Medical Center in critical condition.

She is the second USPS employee shot on the job in Chicago this year.

In May, a 47-year-old USPS employee was shot in his cheek while delivering mail in Brighton Park. Police said he was one of two people wounded by gunfire in the 2900 block of West 40th Street. Neither man could tell investigators where the gunshots came from.

In 2019, a postal worker was shot and wounded in suburban Elk Grove Village while driving in an unmarked postal vehicle. A man who lived nearby allegedly came up to the postal worker’s car window, tapped on it and then fired shots inside, authorities said. Cameron Ruebusch was later charged as the shooter.

In April, a postal worker, Angela Summers, was fatally shot while working in Indianapolis. A 21-year-old man, charged in the 45-year-old’s murder, allegedly confronted her before the shooting about mail not being delivered to his home.