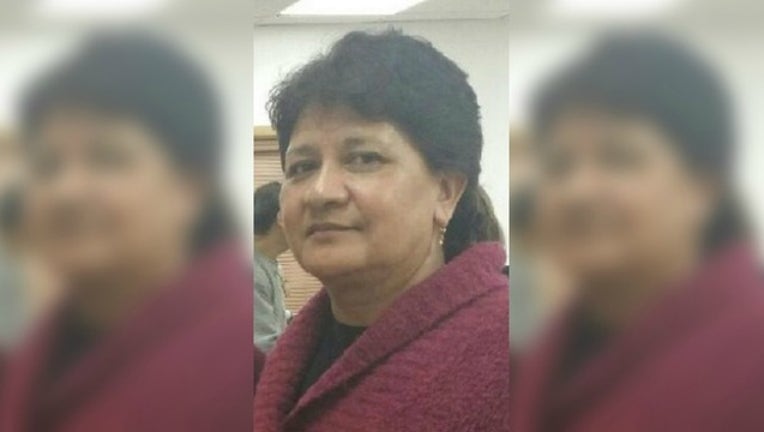 CHICAGO (Sun-Times Media Wire) - Police are looking for a 52-year-old woman who has been reported missing from the Southwest Side Gage Park neighborhood.

Maria Lourdes Celedon, who also goes by “Lu Lu,” went missing Friday from the 2700 block of West 55th Street, according to a missing person alert from Chicago Police.

Celedon is described as a 5-foot-4, 150-pound Hispanic woman with reddish brown hair, brown eyes and a medium complexion, police said. She was last believed to have been wearing an orange quilted jacket, black shoes with gray stripes and carrying a multicolored quilted purse.

She is known to frequent the North Side, including the Edgewater neighborhood, police said.

Anyone with information about her whereabouts is asked to call Area Central detectives at (312) 747-8380.