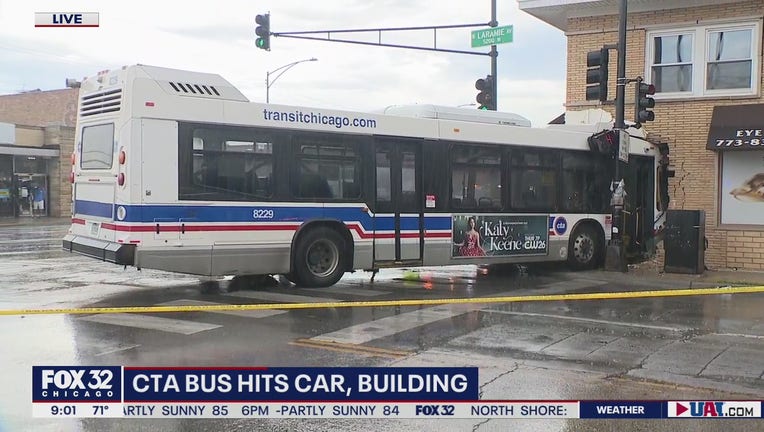 CHICAGO - A CTA bus driver crashed into a Northwest Side business Friday morning after being struck by a tow driver that fled the scene in Belmont Cragin.

At least half of dozen people on the bus were injured in the crash that happened about 7:50 a.m. at Laramie and Fullerton avenues, according to Chicago police and the Chicago Transit Authority.

A No. 74 bus was eastbound on Fullerton at the intersection when a tow truck driver struck the driver’s side of the bus, according to police and CTA officials.

The bus driver swerved and struck a nearby building, officials said.

A photo of the scene shows a bus crashed into the corner of Galileo Optical, 5159 W. Fullerton Ave.

Six adults, including the bus driver, were taken to hospitals in good condition, police and fire officials said.