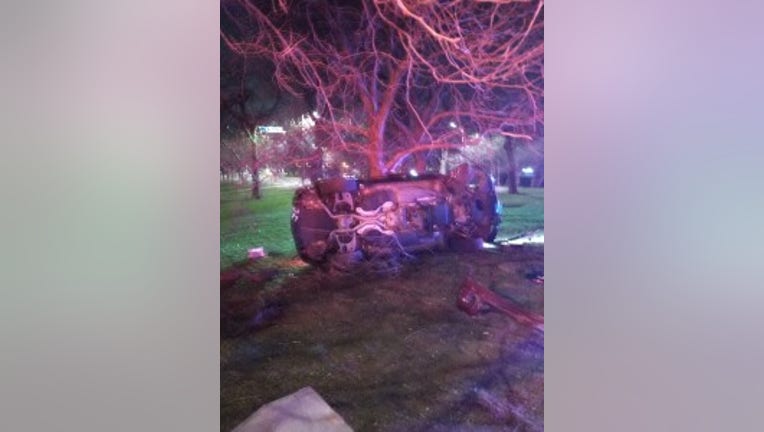 CHICAGO - Six people were hurt in a crash early Sunday on Lake Shore Drive near Belmont Avenue on the North Side.

A driver, traveling at a high rate of speed, lost control and rolled over into a tree after 4 a.m. near Belmont Avenue, Chicago Fire Department spokesman Larry Langford said.

Six people were hospitalized, all with non-life-threatening injuries, according to Langford.

Chicago police have not yet released information on the incident.

This is a developing story. Check back for details.