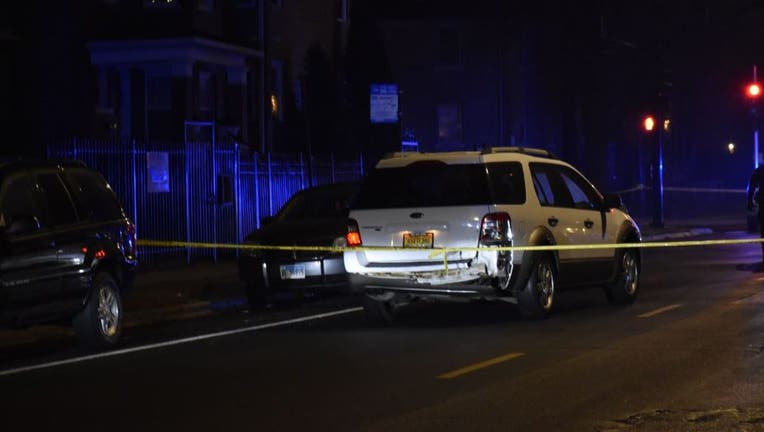 CHICAGO - Twenty-nine people were shot — six of them fatally — in gun violence across Chicago this weekend.

The weekend’s latest fatal shooting left a man dead Sunday in Brighton Park on the Southwest Side.

Angel Martinez, 24, was shot by someone in a vehicle about 10:50 a.m. in the 3000 block of West 39th Place, Chicago police and the Cook County medical examiner’s office said. The shooter may have been in a white sedan. Martinez was taken to Mount Sinai Hospital, where he was pronounced dead.

Earlier Sunday morning, a man was shot to death in the Heart of Chicago on the South Side.

About 9:15 a.m., 40-year-old Andy Chiquito was found lying in the 1700 block of West 21st Street with a gunshot wound to his torso, authorities said. He was rushed to Stroger Hospital, where he succumbed to his injuries.

Hours before, a man was killed in Gage Park.

Juan Linares, 24, was riding in the back seat of a vehicle at 2:11 a.m. in the 5100 block of South Washtenaw Avenue, according to police and the medical examiner’s office. As the vehicle headed south, two males standing on the corner flashed gang signs and fired at him. The driver of the vehicle took Linares to Mount Sinai Hospital with a gunshot wound to the side of his torso. Linares, who lived in the Back of the Yards, was later pronounced dead.

Another man was killed Friday night in Gresham on the South Side.

Donald D. Woods, 31, was discovered about 10:25 p.m. in an alley in the 1600 block of West 79th Street, police and the medical examiner’s office said. He had been shot in the head. Woods, who lived in Gresham, was pronounced dead at the scene.

Less than an hour earlier, a 19-year-old woman was killed inside an apartment in Chatham on the South Side.

About 9:49 p.m., a witness heard a gunshot and found Lyniah Bell in the bedroom of an apartment in the 8100 block of South Maryland Avenue, authorities said. Bell, a Michigan State University student home on break, had suffered a gunshot wound to the head and was pronounced dead at the scene. Police said the shooting may have been a domestic incident.

Lafayette Hodges, 18, has been charged with involuntary manslaughter in connection with the shooting and is expected to appear in court for a bail hearing on Monday, police said.

The weekend’s earliest fatal shooting left a man dead nearly three hours earlier in Austin on the West Side.

Ronnie Howard, 57, was in the vehicle about 7 p.m. in the 5200 block of West Crystal Street when he heard shots and felt pain, police and the medical examiner’s office said. He was hit in the shoulder and taken to Mount Sinai Hospital, where he was pronounced dead less than an hour later. He lived in Austin.

In the weekend’s last nonfatal shooting, a man was wounded late Sunday night in Garfield Park on the West Side.

The man told investigators he was on the sidewalk about 11:15 p.m. in the 3900 block of West Jackson Boulevard when he heard gunfire and realized he was shot, police said. He walked into Stroger Hospital with gunshot wounds to the buttocks and groin and his condition was stabilized.

On Saturday evening, a woman was injured by gunfire in Riverdale on the Far South Side.

The woman, 24, was inside a home at 7:24 p.m. in the 200 block of East 136th Street when she heard gunshots and realized that she was shot, police said. She was struck in the legs and arm and was taken to the University of Chicago Medical Center in good condition.

Officers responding to the call detained four people outside of the residence and recovered three weapons, police said. They were being questioned as “persons of interest.”

Less than 10 minutes earlier, a man and woman were wounded when someone fired shots at a home in Gresham on the South Side.

They were inside the home about 7:05 p.m. in the 7700 block of South Wood Street when the shots were fired and they were hit, police said. The shots appeared to have been fired from an alley. The man, 63, was struck in the abdomen and taken to Christ Medical Center in Oak Lawn. The woman, 52, was struck in the wrist and taken to Holy Cross Hospital. Both were listed in good condition.

A person was shot Saturday afternoon on the Bishop Ford Expressway in Pullman on the South Side.

About 3:15 p.m., two males were in a vehicle on the southbound ramp from Interstate 94 to Stony Island Avenue when shots were fired, striking the driver, Illinois State Police said. The driver was treated at a local hospital, police said. His condition was not immediately known.

The SUV fled the scene, and the other vehicle crashed in the 4900 block of West Jackson, police said. Both men were taken to Mount Sinai Hospital. The younger man was in critical condition, while the older man’s condition was stabilized.

Friday’s latest shooting wounded a woman in Garfield Park on the West Side.

The woman, 22, was in an alley about 11:50 p.m. in the 300 block of South Central Park Avenue when she heard gunfire and realized she was shot, police said. The woman was struck in the buttocks, and she flagged down a vehicle for help. Her condition was stabilized at Mount Sinai Hospital.

Earlier Friday evening, a man and woman were shot in Humboldt Park on the West Side.

They were in a parked vehicle about 9:40 p.m. in the 1200 block of North Washtenaw Avenue when a male who was on foot opened fire, police said. The man, 19, was hit in the buttocks while the 20-year-old woman was struck in the knee. They were taken to Mount Sinai Hospital, where their conditions were stabilized.

A teenage boy was shot Friday evening outside a Popeyes restaurant in Grand Crossing on the South Side.

Two males exited the restaurant about 6:30 p.m. in the 7400 block of South Stony Island Avenue after getting into an argument with the teen inside, police said. The teen walked out into the parking lot and one of the males opened fire from an alley. The 17-year-old was hit in the arm and taken to the University of Chicago Medical Center, where he was listed in good condition.

The first shooting of the weekend left a man and woman wounded on the Near West Side.

About 5:50 p.m., the pair were on the sidewalk in the 200 block of South Western Avenue, when a white SUV pulled up to them and someone inside opened fire, according to police. The man, 30, was struck in the calf and the 25-year-old woman was grazed by a bullet on the buttocks. They were both taken to Stroger Hospital, where they were stabilized.

At least 10 other people were shot in Chicago between 5 p.m. Friday and 5 a.m. Monday.