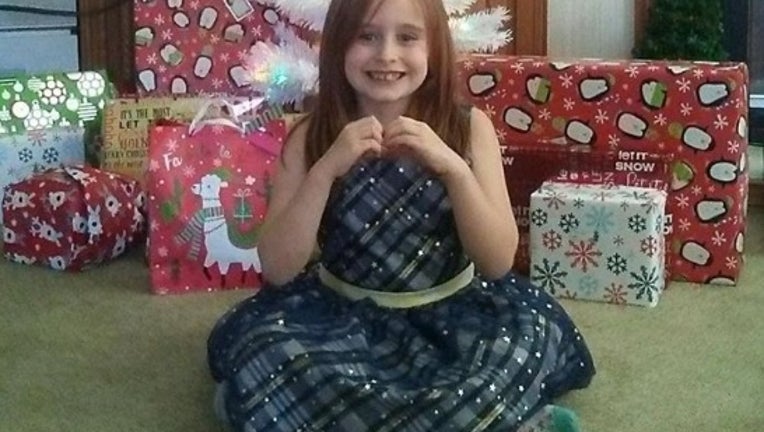 CAYCE, S.C. - The family of 6-year-old Faye Swetlik, the South Carolina girl who was found dead last Thursday in a wooded area near her home, will not have to pay for the child's funeral, FOX 46 Charlotte confirmed.

Caughman-Harman Funeral Home in Lexington said all expenses for Faye's funeral will be paid for by them.

The generous act is just one example of the South Carolina community rallying behind the little girl's family.

The first-grader had been playing outside her home when she went missing on Monday, Feb. 10. More than 250 officers and investigators searched for her. Her body was found in a wooded area near her home on Thursday.

The autopsy was performed in Charleston, South Carolina on Saturday.

AUTOPSY ON 6-YEAR-OLD FAYE SWETLIK TO BE RELEASED TUESDAY

Her death is being investigated as a homicide, although details about how she died have not yet been released.

Investigators found a man dead inside his Cayce home shortly after finding an item that belonged to Faye, who lived in his neighborhood, inside his trash can, authorities confirmed.

The girl's body was discovered in the woods, and police think it was put there after investigators found the evidence inside the trash can, Cayce Public Safety Sgt. Evan Antley said Friday at a news conference.

Authorities didn't directly link the death of Coty Scott Taylor, 30, to the girl's killing. But they said the item found in Taylor's trash was something listed on the missing person flyer that had been created after she disappeared.

After finding the crucial item, investigators organized a methodical search of nearby woods that had been searched before when Cayce Public Safety Director Byron Snellgrove reportedly found Faye's body.

Taylor's body was discovered inside his home shortly after investigators found Swetlik.

The little girl's disappearance and tragic death shocked the small town of Cayce and the country. Several prayer vigils were held over the weekend after her body was found.