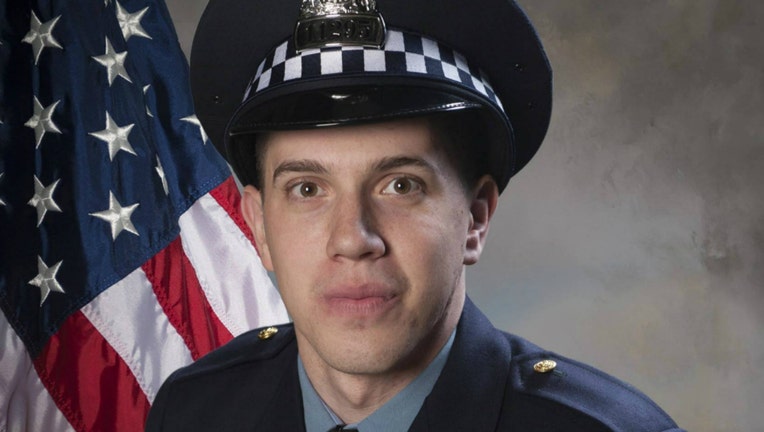 CHICAGO - A homeless man was sentenced Tuesday to 65 years in prison for the 2019 murder of an off-duty Chicago police officer.

Before Jovan Battle was sentenced, he apologized to Officer John Rivera’s family, saying he hoped they could find it in their hearts to forgive him. Battle, 34, also asked Cook County Circuit Judge Michael Clancy to impose the minimum sentence since otherwise he would likely never see his children again.

In sentencing Battle, Clancy said although he didn’t fire the gun, he played a key role in the murder by pointing out Rivera’s car to Menelik Jackson and Jaquan Washington.

The shooting occurred after Jackson and Washington allegedly brawled with several Latino men. The pair were on the lookout for their rivals when they ran into Battle, who is seen on security video pointing out Rivera’s auto.

Prosecutors say Jackson ran up to Rivera’s car and fired into the driver’s window. A friend of Rivera’s was seriously wounded in the shooting.

Battle defended himself against murder and aggravated battery charges during his trial. He made no comments after the sentencing hearing ended.

Jackson and Washington are awaiting trial.