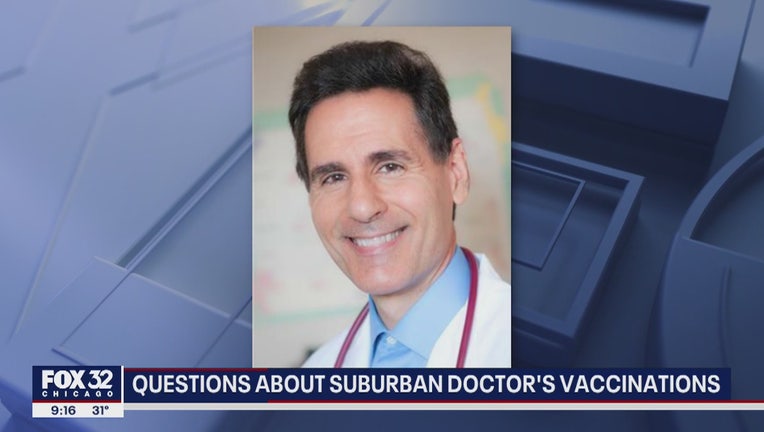 EVERGREEN PARK, Ill. - At least nine former patients of a dead Evergreen Park pediatrician have discovered they are not immune to diseases they thought they were vaccinated for, the Cook County sheriff’s office announced Monday.

The sheriff’s office said last month it was investigating whether Dr. Van Koinis may purposely failed to vaccinate children after he left a suicide note suggesting he was “averse” to giving inoculations.

Cook County Sheriff Tom Dart says he’s been “tortured” about the case of an Evergreen Park pediatrician who committed suicide last year and left a note suggesting he may have forged vaccinations documents for at least a decade.

Sheriff Tom Dart told the Sun-Times in February he was “tortured” by the case because it wasn’t immediately clear how many children Koinis refused to vaccinate.

Dart urged former patients of Koinis to contact the sheriff’s office and to seek out testing with their current doctors to see if they were inoculated for diseases.

The Monday announcement suggests Koinis may have complied with requests from parents not to vaccinate their children. The sheriff’s office previously said it suspected Koinis may have forged vaccination papers for parents.

The sheriff’s office said it was contacted by two former patients who are now adults and seven parents whose children were patients. The former patients lacked immunity to some or all of the diseases they believed they were vaccinated for.

In some cases, parents discovered that one child was vaccinated by Koinis while another sibling was under-vaccinated or not vaccinated at all, the sheriff’s office said.

The sheriff’s office began investigation Koinis after he fatally shot himself Sept. 10, 2019 in a Cook County forest preserve in Palos Township.

Koinis had been licensed to practice medicine in Illinois since 1991, and mostly served patients out of his medical practice at 3830 W. 95th St.

Anyone with further information about Koinis is asked to call Cook County sheriff’s police at 708-397-6366. To inquire about personal or family medical records, a medical record line has been set up at 630-670-1673.