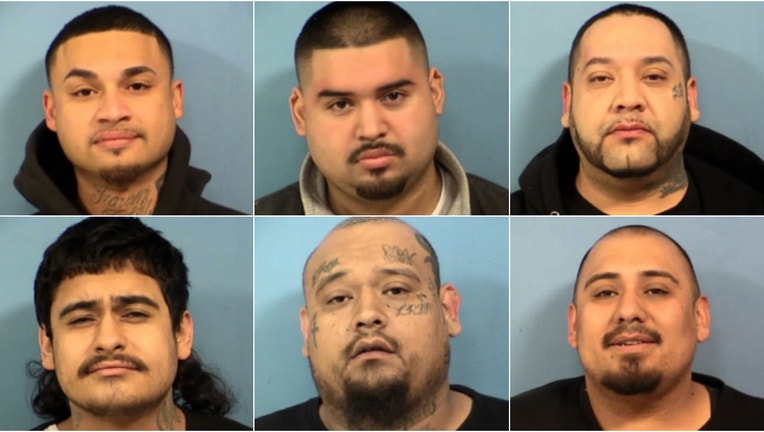 Eli Resendez, 33; Samuel Resendez, 29; Missael Resendez, 23; Ricardo Favela, 41; Christopher Hernandez, 24; Nikko DePasquale, 26; Armando Carrasco Jr., 18; and Ryan Villanueva, 22, are members of the La Raza street gang who were taken into custody Feb. 28, according to the DuPage County state’s attorney’s office. A ninth person was arrested with them, but has not been named because he is a minor.

The alleged gang members were arrested between 6 a.m. and noon in a series of busts by ATF and DEA agents, as well as Addison police, prosecutors said.

The minor was released to his parent’s custody, prosecutors said. All nine are due back in court March 16.