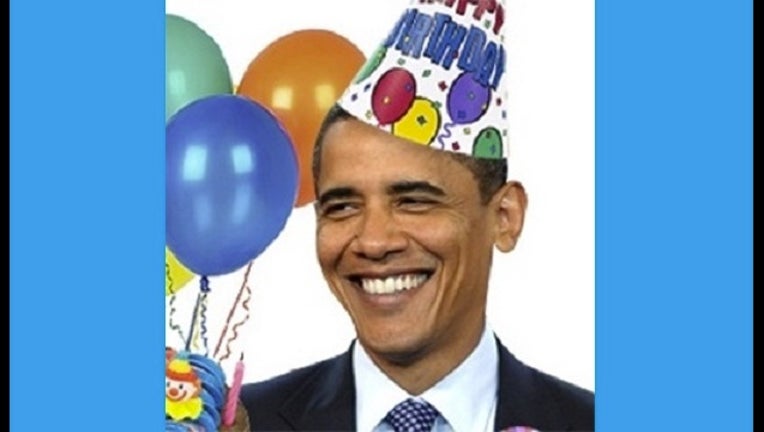 WASHINGTON (AP) - President Barack Obama may no longer have the head of dark-black hair he once had, but he's not too old for a night on the town to mark his birthday - even on a work night.

Obama is celebrating his 54th birthday at Rose's Luxury, a Washington eatery known for its hours-long lines to get in. Bon Appétit named it the country's best new restaurant in 2014.

Obama joked about his old age earlier in the day at a White House event, saying he was "so gray" but otherwise feels good.

The president kicked off his birthday celebration over the weekend with a round of golf and a trip to Camp David.