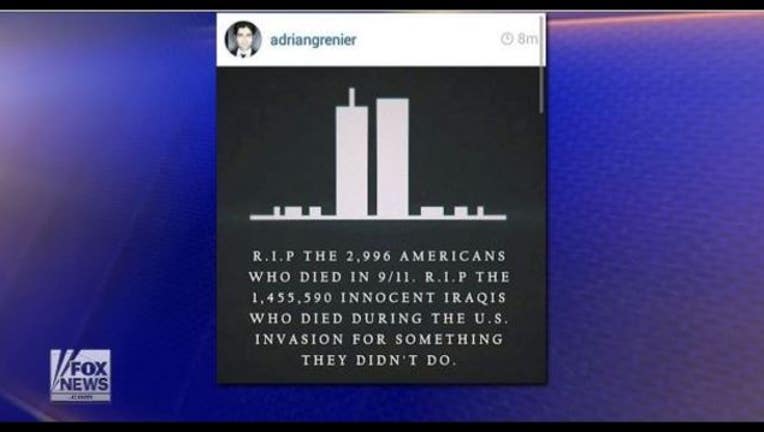 (FOX News) - Adrian Grenier has caused a media firestorm after leaving a 9/11 tribute on Instagram.

He also linked it to his Twitter account and other Twitter users were quick to criticize him. Eventually the 39- year-old actor took down the message after an onslaught of negative comments.

Grenier is an outspoken environmentalist and has been critical of Donald Trump and his stance on global warming.