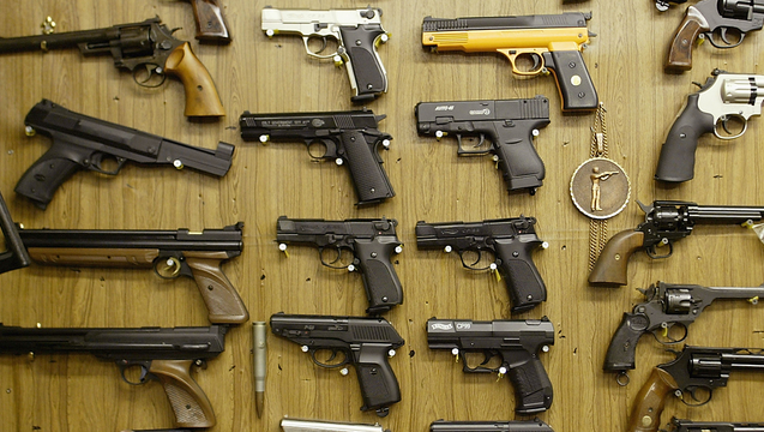 CHICAGO (AP) - The Illinois State Rifle Association has filed a lawsuit alleging a new law that expands state oversight of firearm dealers places "onerous restrictions" that could drive many out of business, officials with the advocacy group announced Wednesday.

Under the law, which Democratic Gov. J.B. Pritzker signed after taking office in January, gun retailers must be licensed by a federal agency and then certified by the state, keep an electronic inventory and install surveillance equipment, among other things. Dealers have to pay fees ranging from $300 to $1,500.

However, the ISRA alleges in the complaint filed late Tuesday in Sangamon County Circuit Court that the law puts "undue burdens" on dealers, and state officials have yet to spell out in detail how it must be carried out. The complaint seeks to stop the law from being implemented.

"There is no need for this law," the association's executive director Richard Pearson said in a statement. "The federal government already licenses gun dealers. All this does is create more red tape and increase the cost of doing business."

Several firearms dealers who are members of the ISRA and the group itself filed the lawsuit. They're seeking a permanent injunction and to recover costs associated with the law.

The complaint alleges parts of the law "place onerous restrictions on firearms dealers, which increase costs past the breaking point for many, for others at best to pass on to those who would be seeking to exercise their right to keep and bear arms, and place other restrictions that place an undue burden on the Plaintiffs' ability to operate their businesses and serve their communities."

Former Republican Gov. Bruce Rauner vetoed a similar proposal last year, but Democrats who control the Illinois House and Senate passed another measure and used a legislative procedure to hold it until Pritzker took office. He signed it days after becoming governor and vowed further gun control measures.