SAN FRANCISCO - Airbnb has issued a ban on parties at its rental property listings worldwide for health reasons amid the ongoing coronavirus pandemic.

The home-sharing platform said Thursday in a blog post that it would also cap occupancy at 16 guests.

“This party ban applies to all future bookings on Airbnb and it will remain in effect indefinitely until further notice,” the company said.

Airbnb noted that 73% of listings worldwide already ban parties as part of their house rules and “the vast majority of our guests behave in manners that show respect for house rules and for neighbors.” 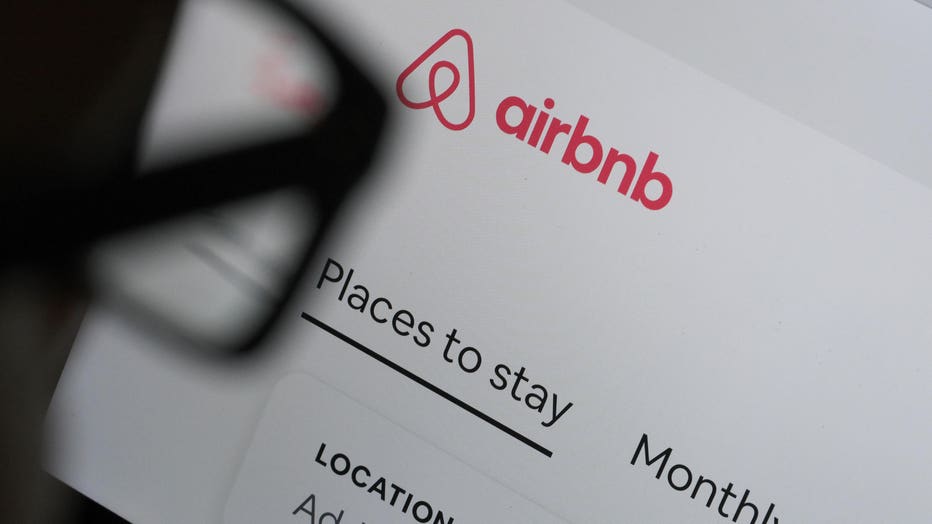 In this photo illustration, a man looks at the website of Airbnb on April 20, 2020. (Photo by Yuriko Nakao/Getty Images)

At certain Airbnb locations, guests have previously been allowed to hold small events, such as baby showers or birthday parties, if they are deemed appropriate for the host's home and neighborhood.

In 2019, the San Francisco-based company began imposing stricter limits on parties, including a global ban on “party houses” that were consistently becoming a neighborhood nuisance. In the wake of a deadly shooting at a rental in California, Airbnb co-founder and CEO Brian Chesky announced the company would manually screen “high risk” reservations that are flagged by its system.

“We must do better, and we will. This is unacceptable,” Chesky said at the time.

When the COVID-19 outbreak began, Airbnb removed the “event-friendly” search filter from its platform. It also introduced a new policy requiring all users to adhere to local public health mandates.

Guidelines from the Centers for Disease Control and Prevention state that gatherings for an event, both indoor and outdoor, can increase the risk of becoming infected with COVID-19, especially if held in communities experiencing a higher level of transmission.

“However, in many large jurisdictions, public health mandates on gatherings have changed – and in some places swung back and forth in response to the changing rates of COVID cases – as have regulations on bars, clubs and pubs,” Airbnb said in a post.

“Some have chosen to take bar and club behavior to homes, sometimes rented through our platform. We think such conduct is incredibly irresponsible – we do not want that type of business, and anyone engaged in or allowing that behavior does not belong on our platform.”

The company said it is scoping a “potential exception process” for specialty and traditional hospitality venues on its platform, such as boutique hotels.

Airbnb said guests will be informed about the party rules and may be legally pursued by the company if they violate its policy.

The announcement comes a day after Airbnb said it had confidentially filed for an initial public offering with the Securities and Exchange Commission.

RELATED: You can now sleep in a giant potato hotel in Idaho