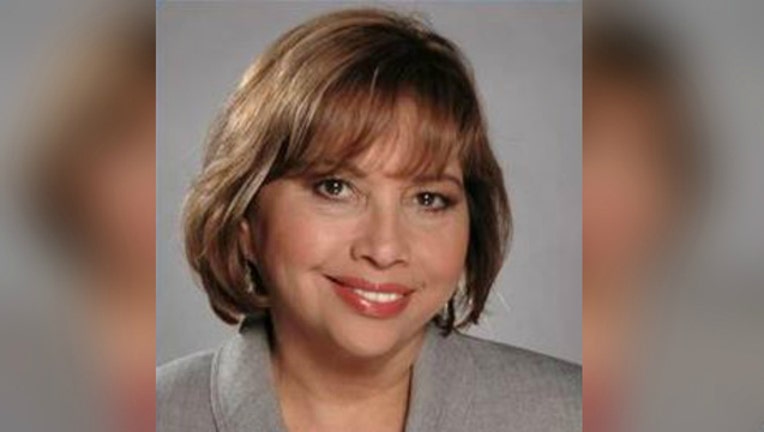 CHICAGO (SUN TIMES MEDIA WIRE) - The last time Ald. Milly Santiago (31st) made headlines, she was apologizing for her public tirade against a Board of Ethics ruling that forced the Cubs to yank a lucrative offer to let aldermen purchase World Series tickets at face value.

Now, Santiago is the victim.

Shortly before 7 p.m. Monday, Santiago returned from her ward night to find her home in the 3000 block of North Kolmar burglarized, the Chicago Sun-Times is reporting.

Santiago says the thieves broke in through a side door and went straight upstairs to ransack the alderman’s bedroom and her daughter’s bedroom for jewelry and small electronics.

They got away with “ten very important pieces of jewelry,” including a wedding ring, watches, bracelets, pearls and gold. Also taken were small electronics and a small amount of cash.

“I feel violated, threatened. Last week, I received an anonymous letter from someone saying all kinds of things about elected officials who are Latinos and about Puerto Ricans and Cubans — that we should go back home and how America has the best president ever and that they can’t wait until America is white again,” a still shaken Santiago said Tuesday.

“Then, less than a week later, I go through this. I don’t know if there’s any link to it. … But, at 3 o’clock in the morning, I was putting all of these pieces together. I hope it’s not, honestly. I don’t want to live in fear and feel like someone is watching me or after me or trying to make me feel fearful.”

The house has an alarm system, but it wasn’t set because the sensors “weren’t synchronized” after a recent garage project. Now, Santiago is talking about getting a more elaborate security system that includes surveillance cameras.

It’s not the first time Santiago’s home in the Northwest Side’s Belmont Cragin neighborhood has been a crime scene.

The same thing happened more than 20 years ago when burglars slashed mattresses and furniture and virtually cleaned out the place.

They also returned the same day, about an hour later, to take what they had left behind in the garage — even as police were still inside the house investigating the first break-in. The thugs returned that time even after her then-husband had secured the door with strips of wood and cement blocks.

This time, Santiago’s losses are more confined. But the feeling of insecurity is the same.

“It’s very unfortunate that some people are doing these things, breaking into houses, violating privacy, taking away [other peoples’] belongings,” she said.

“I know that we have an issue of unemployment. People have addiction issues. But there’s so much help out there. The city is doing the best we can to try to bring these people to some of these programs. … If you don’t want to help yourself, why do you cause damage to other people? Why do you want to depend on the hard work of others? This is crazy.”

According to city crime reports, there have been five burglaries, three thefts and two robberies on Santiago’s block since 2011. There were no arrests for any of those crimes.

“The numbers of break-ins are escalating. As a matter of fact, we’ve been working with the 25th District lately to put more patrol officers out on the street,” Santiago said.

“This is happening everywhere. Downtown. Bucktown. Lincoln Park. Everywhere. I’m not any different than anybody else.”

In her much-ridiculed Cubs ticket tirade, Santiago dared to say what some of her colleagues had been thinking about the Ethics Board ruling that forced the Cubs to yank a lucrative ticket offer they had extended to aldermen for at least a decade.

Santiago argued then that she was just a “poor alderman” who couldn’t afford to pay thousands of dollars to purchase World Series tickets on the secondary market.

She branded the controversy triggered by the Board of Ethics narrow interpretation of the city’s gift ban “kind of insulting, humiliating and embarrassing for us” for a perk that wasn’t all that hot.

“First of all, those tickets were not front-row tickets. They were all the way in the upper-deck. If I went like this, I would almost touch the ceiling. That’s how bad those tickets were,” Santiago said, lifting her arm over her head.

A few days later, Santiago, whose annual salary is $116,208, apologized saying she “never intended to offend anybody.”

“When I said ‘poor alderman,’ — I’m very grateful for my salary and my position,” she said during the run-up to the Cubs’ first World Series championship since 1908.