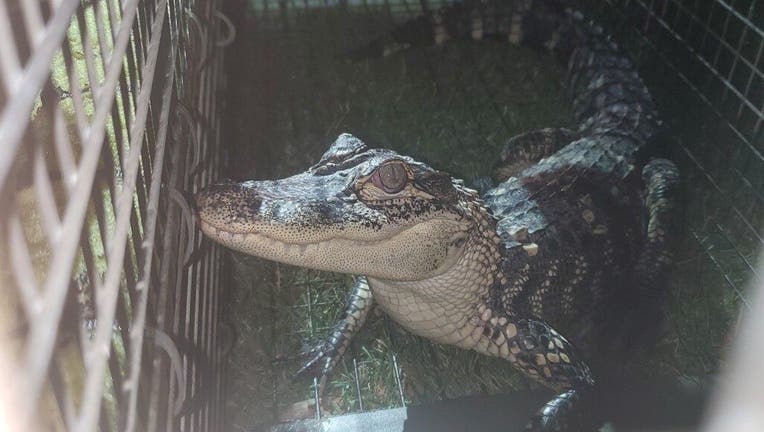 LYNWOOD, Ill. - An alligator was captured from a small lake Thursday in south suburban Lynwood.

The alligator, dubbed “Alex” by a local child, was first spotted Wednesday in Lake Lynwood, according to a statement from the Lynwood fire department.

Thursday night, officials said they had traps set and baited to catch the gator.

Fire officials warned residents to avoid the lake since “a scared animal won’t be hungry and won’t go for the bait in the traps. They have very sensitive hearing and can feel vibrations of foot steps.”

Chicago has its own recent memories of “Chance the Snapper,” a 5-foot gator let loose in the Humboldt Park lagoon in 2019 on the West Side. After the gator’s captures about a week after being spotted, officials surmised someone likely dumped the gator once it became too big to keep as a pet. The alligator hunt cost Chicago more than $33,000.

Alex will be quarantined for 30 days and sent to a reptile park in a southern state, fire officials said. A location hasn’t been determined.