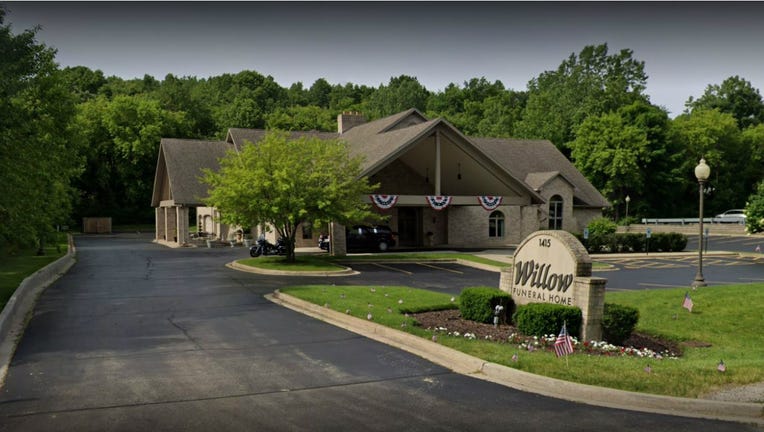 ALGONQUIN, Ill. - Two people have sued a suburban Chicago funeral home after discovering that one of them was given the ashes of an elderly woman in a mix-up instead of those of a four-month-old girl.

The lawsuit filed last month alleges that Willow Funeral Home in Algonquin mistakenly released the ashes of 72-year-old Laura Lee Hill to Georgic Byrd instead of the ashes of Byrd’s daughter.

The complaint seeks punitive and financial damages for alleged negligence and violations of the Illinois Crematory Regulatory Act and the Illinois Consumer Fraud and Deceptive Business Practices Act, according to The (Crystal Lake) Northwest Herald.

A person who answered the phone at the funeral home said he didn’t know anything about the lawsuit and declined to talk further.

The lawsuit comes after Byrd, of Carpentersville, said she was informed by the funeral home in April that the cremated remains of Taliyah Wright were ready to be picked up. According to the lawsuit, after Byrd picked them up, David Hill of McHenry contacted the funeral home in July about picking up his mother’s ashes only to be told that the remains had been released to someone else.

After Hill said the funeral home showed him a receipt that included a copy of Byrd’s driver’s license, he filed a police report against Byrd out of concern the woman had stolen his mother’s ashes.

After Byrd learned about the police report in August, she and Hill met, exchanged the ashes and then went to the Algonquin Police Department to clear things up before eventually suing the funeral home.