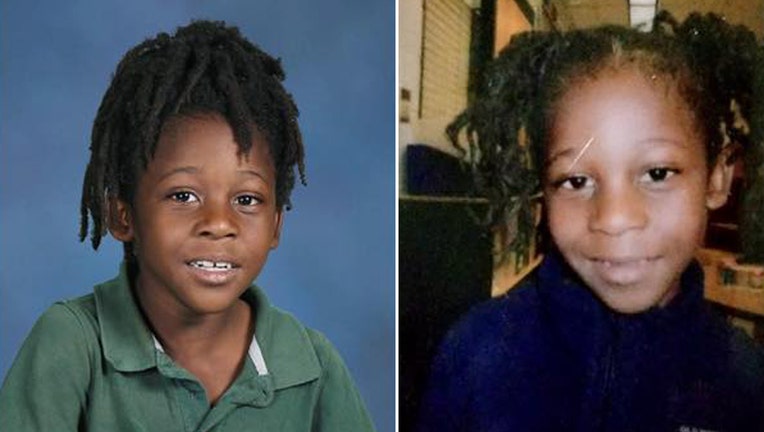 JACKSONVILLE, Fla. - Authorities continue to search for a 5-year-old girl and 6-year-old boy who went missing from the front of their home in Jacksonville.

The Florida Department of Law Enforcement issued a statewide AMBER Alert for 5-year-old Bri'ya Williams and 6-year-old Braxton Williams, who were last seen in the 10000 block of West Beaver Street in Jacksonville around 11:30 a.m. Sunday.

According to the Jacksonville Sheriff's Office, the two children were playing outside their home when they disappeared. The family called police around 1:30 p.m. after searching for the children themselves.

Sheriff Mike Williams, who is not related to the family involved, said both parents have been "cooperative in every way" with authorities as they search heavily wooded areas and retention ponds near the home.

"Everything is an option, we are working multiple scenarios. Foul play could be a factor at this point, we just don't know," Williams told local news outlets. "There's no indication that anyone close to these children are involved."

FDLE and JSO released additional images of the missing kids on Monday, less than 24 hours after they were reported missing.

According to JSO Public Information Officer Christian Hancock, investigators believe the children "could realistically be anywhere in Florida if they're not alone."

He added, "If they are alone, obviously, they're in danger because they're five and six years old."

Bri'ya is 3 feet tall and weighs 30 lbs. She was last seen wearing black leggings and a grey sweatshirt with colorful writing on the front.

Braxton is 3 feet, 4 inches tall and weighs 40 lbs. He was last seen wearing a red sweater and blue jeans. Investigators said the boy is on the autism spectrum but will communicate with others.

Investigators are using K9s, dive teams, helicopters and drones to search for the children as deputies go door-to-door.

Anyone with information on their whereabouts is asked to call the Jacksonville Sheriff's Office at 904-630-0500, or dial 911.