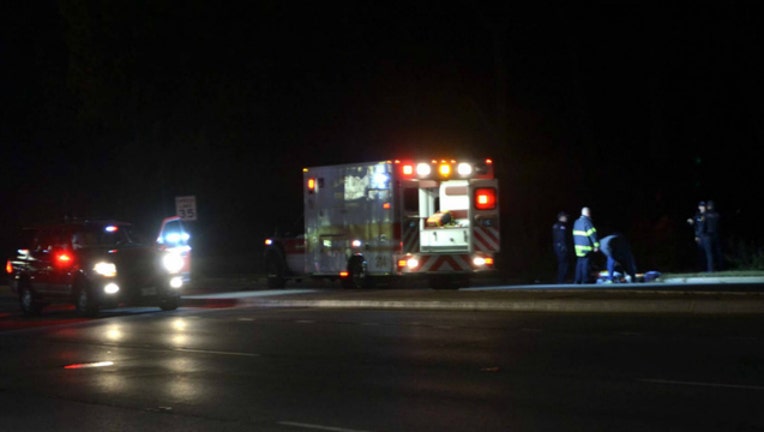 A vehicle struck a Calumet City ambulance about 11 p.m. Saturday in the 1600 block of River Oaks Drive in Calunet City. | Justin Jackson/Sun-Times

CALUMET CITY (Sun-Times Media Wire) - At least one person was injured Saturday night when Calumet City ambulance was struck while it was responding to the scene of another accident in the southern suburb.

The crash happened shortly before 11 p.m. in the 1600 block of 159th Street near the River Oaks West Mall, according to officials at the scene.

Witnesses at the scene said a white Dodge Challenger hit the rear of the ambulance and then the driver fled the scene.

At least one person was taken from the scene in an ambulance.

Calumet City officials did not immediately release details about the incident.