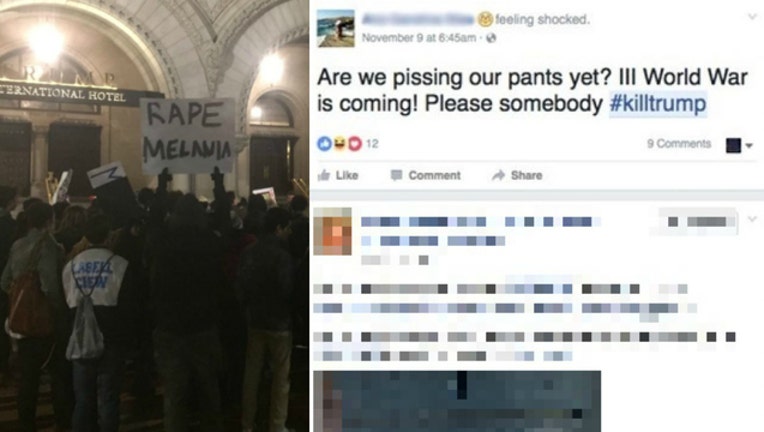 FOX NEWS - The online vitriol directed at President-elect Donald Trump is getting worse, and critics say social media companies should do more to rein it in.

“This is another example of social media platforms being used to radicalize people,” said Eric Feinberg, of GIPEC, a software company that monitors illegal activity and terror-related social media accounts told FoxNews.com. “Terror groups such as ISIS have long utilized this strategy to recruit and radicalize.

“Now anti-Trump anti-government groups are using the same tactic to recruit, radicalize and compensate to cause civil disobedience and unrest in our cities while overburdening the workload of law enforcement in these cities," he added.

Within the social media realm—particularly on Twitter—dozens of calls to kill Trump have been circulating, with some even calling for both Trump and Vice President-elect Mike Pence to be assassinated by their Jan. 20 inauguration.

Sources told the newspaper that the Secret Service intends to investigate all social media postings deemed to contain credible threats while adding that there is a difference between one saying that they intend to kill the president and someone suggesting that someone else should. Generally, indirect threats are not prosecuted.