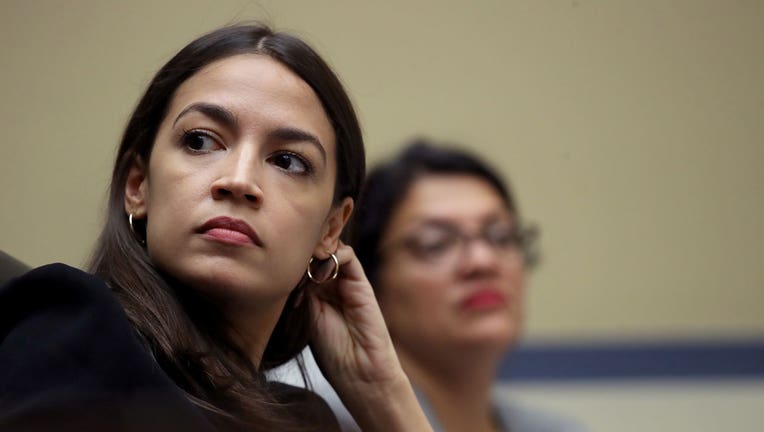 Rep. Alexandria Ocasio-Cortez, D-N.Y., claimed that the coronavirus was having racist side effects because people were avoiding Chinese restaurants.

"Honestly, it sounds almost so silly to say, but there's a lot of restaurants that are feeling the pain of racism, where people are literally not patroning Chinese restaurants, they're not patroning Asian restaurants because of just straight-up racism around the coronavirus," she said during an Instagram Live session on Tuesday.

On social media, some suggested that the freshman congresswoman was blowing the situation out of proportion.

"Honestly though, Alexandria. Can we at least try to reserve the term racism for things that are actually evil and racist?" congressional candidate Luke Edison Negron tweeted.

Ocasio-Cortez has been known to make controversial claims about racism. For example, she previously argued that calling people "communist' had a "rich history" in "white supremacy."

She also suggested that planting cauliflower instead of yucca in the Bronx may have roots in colonialism.

“But when you really think about it -- when someone says that it’s ‘too hard’ to do a green space that grows Yucca instead of, I don’t know, cauliflower or something -- what you’re doing is you’re taking a colonial approach to environmentalism,” she said.

China saw the vast majority of cases (over 80,000) and deaths (3,158). Multiple outlets have reported that Chinese restaurants saw a dip in business as the pandemic, which originated in China, swept the world.

The Massachusetts Restaurant Association said in a statement released last month that patrons were making “inaccurate correlations” between eating at the state’s Chinese establishments and the spread of the new coronavirus.

Expressing alarm both about mounting infections and slow government responses, the World Health Organization declared Wednesday that the global coronavirus crisis is now a pandemic.