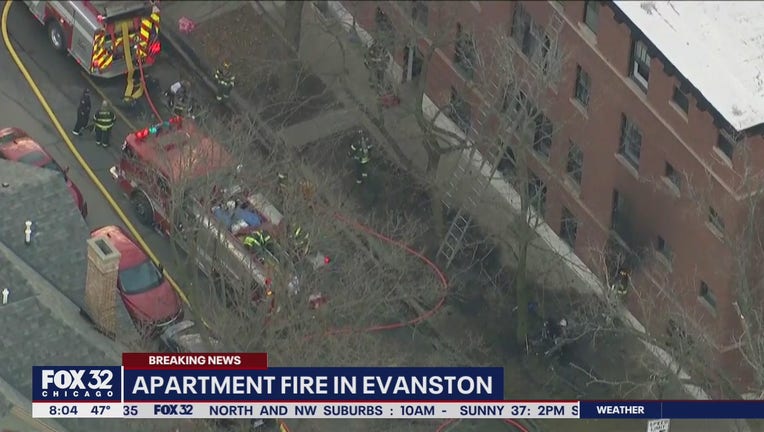 SkyFox over an apartment fire in Evanston.

EVANSTON, Ill. - No one was hurt in an apartment fire Wednesday morning in Evanston in the north suburbs.

Firefighters arrived about 7:20 a.m. to a garden unit ablaze in the 1200 block of Judson Avenue, Evanston Fire Department Deputy Chief Paul Polep said in an email.

A photo of the scene shows flames shooting out of a basement window. 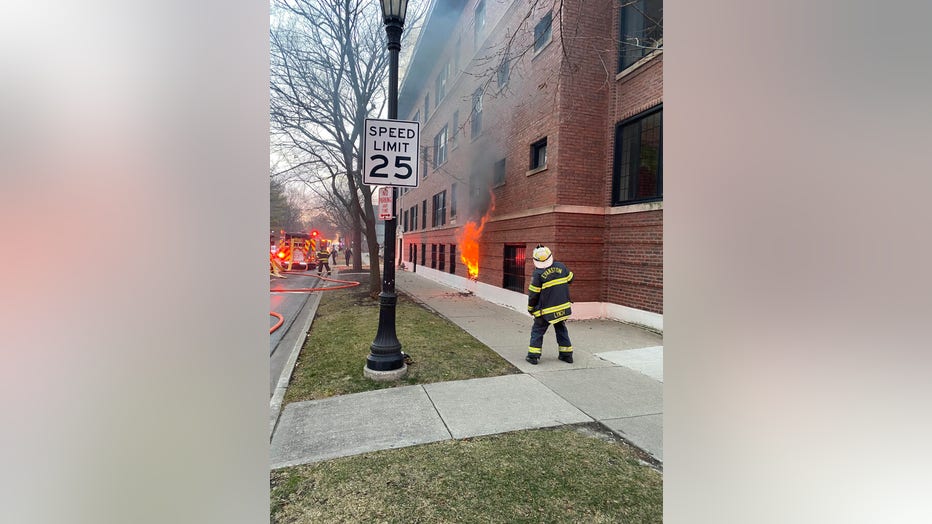 Fire officials put out a fire in the 1200 block of Judson Avenue in suburban Evanston Dec. 23, 2020 | Evanston Fire Department

All residents were safely evacuated by Evanston police before firefighters arrived, Polep said.

The department called on firefighters from neighboring towns to help put out the blaze, which was extinguished, he said.