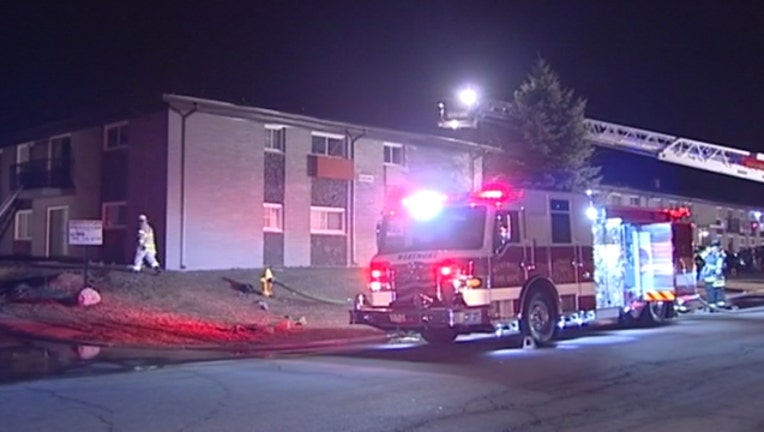 (SUN TIMES MEDIA WIRE) - No one was hurt in a fire that rendered an apartment building uninhabitable Monday night in west suburban Westmont.

Crews were called to the building in the 0-100 block of West 60th Street and arrived to find heavy fire showing from a second-floor balcony, Westmont Fire Chief Dave Weiss told reporters at the scene.

Firefighters used ladders to rescue four residents who were trapped on balconies, Weiss said. No injuries were reported.

The fire was contained to the second-floor apartment in which it started, but all 20 units in the building were rendered uninhabitable because of smoke damage, according to Weiss. The American Red Cross was called to the scene to help residents find shelter.

The cause of the blaze remained under investigation Monday night.