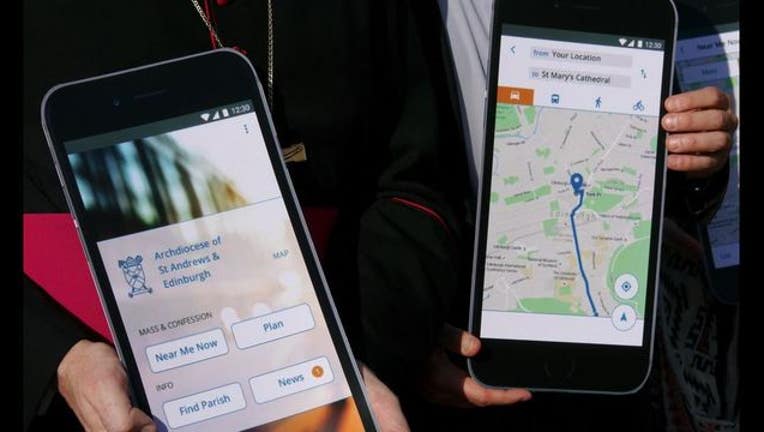 "Tindr" leads you to temptation. Now the Vatican has created a new app nicknamed "Sindr" to lead you out of it.

A Catholic archdiocese in Scotland created the app, which is officialy called "The Catholic App." It makes it easy for Catholics to find masses and places to confess. It can even tell which parishes have priests available to hear confession right now, if you have an immediate need to rid yourself of sins.

The Vatican said it's the world's first GPS-powered Sacrament-finding app.

The BBC reported that the app was designed in response to Pope Francis' call to "bring the mercy of God to modern society by means of modern communications."