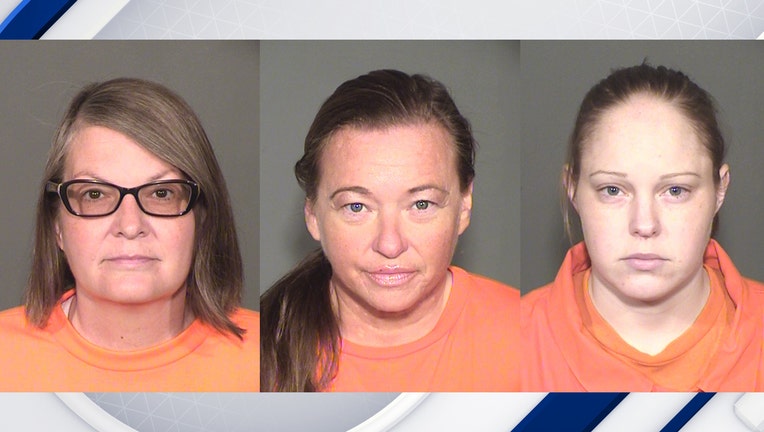 PHOENIX - A spotlight of sorts is on Arizona's death row with news on April 5 that the state is set to hold its first execution in eight years.

The impending execution of Clarence Dixon, which is scheduled for May 11, will be the state's first execution since 2014, the same year when an execution some say was botched took place.

Dixon is one of 112 people who are currently on death row in Arizona, according to figures from the Arizona Department of Corrections, Rehabilitation and Reentry. Of the 112 people, an overwhelming majority of them (109, to be exact) are men, leaving only three female death row inmates in Arizona.

Here's what you should know about the three women death row inmates.

So, who are these female death row inmates?

According to the ADCRR, the three female death row inmates are Wendi Andriano, Shawna Forde, and Sammantha Uriarte.

What crime did Wendi Andriano commit? 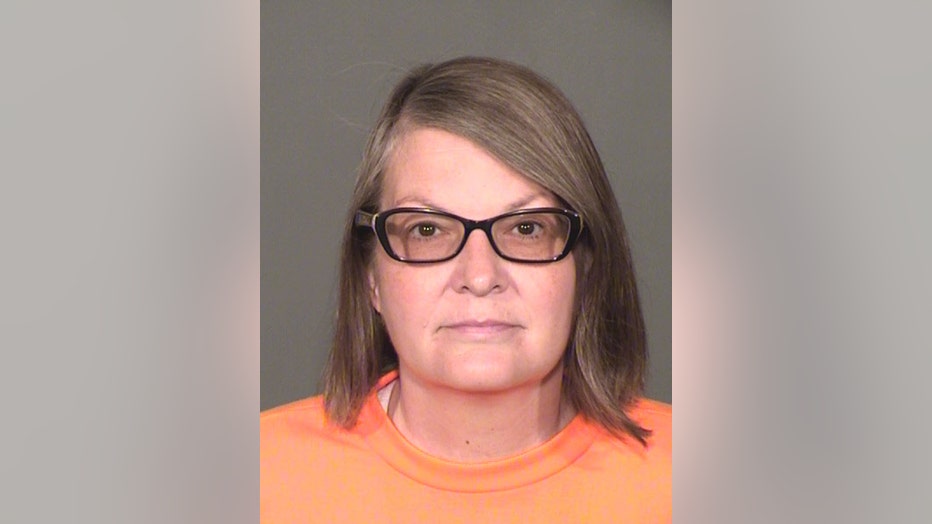 According to a 2004 report by the Associated Press, Andriano was sentenced to death after she was convicted of the first-degree murder of her husband, Joe Andriano.

Joe Andriano, who was fighting a rare form of cancer, was struck in the head at least 23 times and stabbed in the neck. Investigators also found pesticides in his stomach.

During Andriano's trial, the prosecutor characterized Andriano as a greedy, cheating wife who killed her cancer-stricken husband in a "shockingly evil" way. The prosecutor alleged that Andriano tried to pass off her husband's death in 2000 as a heart attack to get money from a malpractice lawsuit.

In a separate 2004 report by the AP, Andriano said during trial that her husband took the poison to end his suffering and claimed he stabbed himself.

According to ADCRR's website, Andriano claimed she was physically and psychologically abused by her husband.

"Although Andriano claimed that she was physically and psychologically abused by her husband, none of her friends ever observed any signs of abuse," read a portion of ADCRR's website.

What about Shawna Forde? 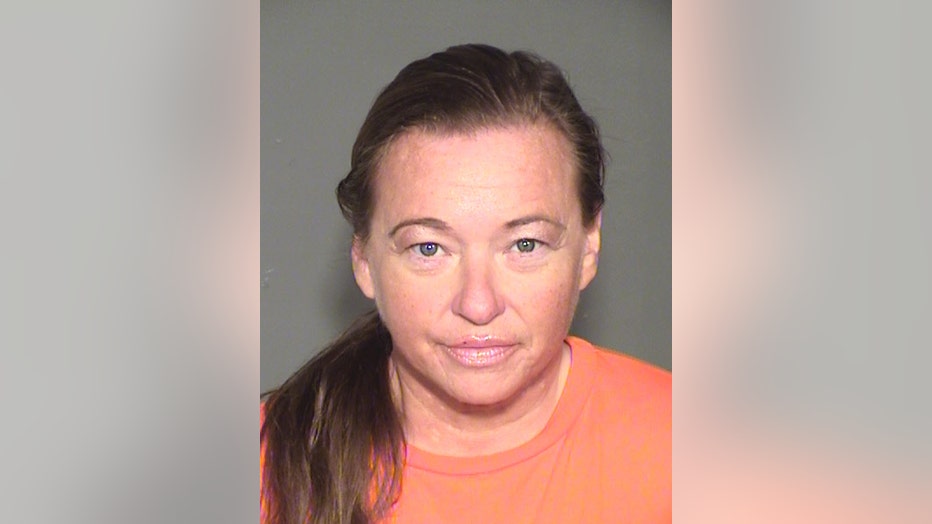 According to a 2018 report by the AP, Forde was sentenced to death in connection with a 2009 home invasion that killed a 29-year-old man named Raul ‘Junior’ Flores and his 9-year-old daughter, Brisenia Flores, in a southern Arizona town called Arivaca.

In a 2009 report, the AP reported that Forde, along with Jason Eugene Bush and Albert Robert Gaxiola, dressed up as law enforcement officers and forced their way into a southern Arizona home. The incident ended with the deadly shooting, which also injured Flores' wife, Gina Flores.

According to a report by the Arizona Daily Star, Forde needed money for the border watch group, and decided to rob drug smugglers near the border. Information on the ADCRR's website state that Forde, along with a man named Jason Bush, were sentenced to death in connection with the deadly shooting.

Forde's sentence, according to ADCRR's website, was handed down in 2011. 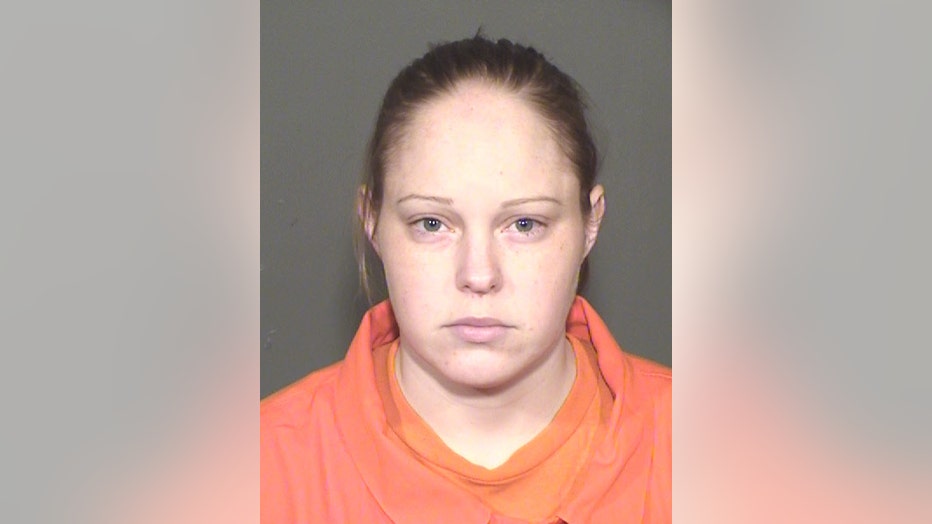 Sammantha Uriarte is the name provided by ADCRR for a woman who was referred to as ‘Sammantha Allen’ in news reports on a criminal case she was connected to.

"Uriarte is guilty of killing her 10-year-old cousin who was locked in a small plastic storage box to die," read a portion of ADCRR's website.

In an article we published in 2017, we reported that Uriarte was sentenced to death in August of that year for killing her 10-year-old cousin, Ame Deal. Uriarte was found guilty two months prior for Deal's death, which happened in 2011.

Deal suffocated after being locked in a trunk as punishment in triple-digit heat for taking a popsicle. The trunk, according to reports, was four feet tall. During the trial, Uriarte's defense attorney, John Curry, acknowledged the case looks bad but blamed Uriarte's mother, Cynthia.

"It all started with Cynthia," said Curry. "She had the idea to use the foot locker [trunk] as a punishment device, and people in the house followed her lead."

Jurors in the death penalty phase of Uriarte's trial talked about the case.

"She didn't care what happened to this child. It was all about what was going to happen to her," stated a juror. "I was looking for something from her. That was her chance to plead for her life, and it just fell short."

The jurors agreed that Uriarte did not seem to be sorry about her role in Deal's death.

"Lack of remorse is the biggest thing that played into it for us," said another juror. "We didn't see that from Sammantha throughout the whole process."

You said a female death row inmate had her conviction overturned? 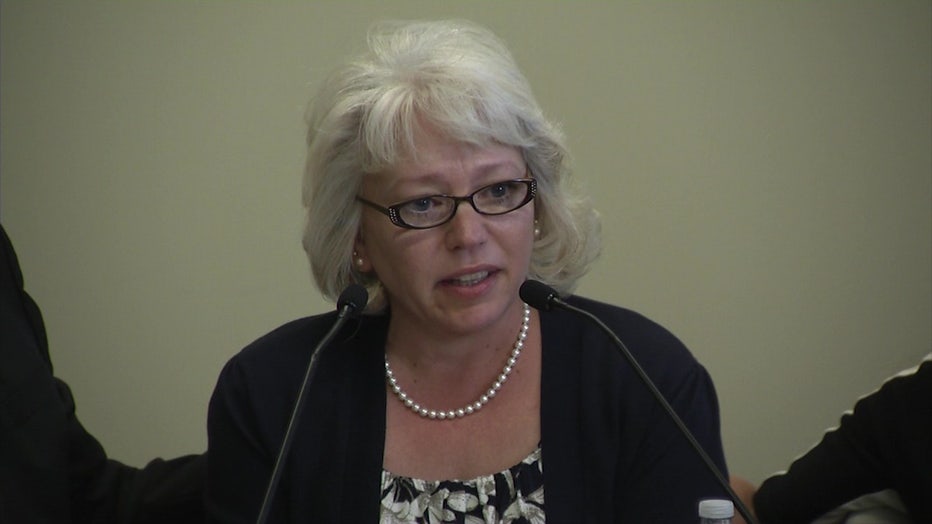 Debra Milke, in a news conference in 2015. (From Archive)

Debra Milke spent over two decades on death row for arranging the death of her four-year-old son in 1989.

Milke's 4-year-old son, Christopher, thought he was going to see Santa Claus when he was taken to the desert and shot by two men who are now in prison for his death. Milke and her attorneys said she was innocent and was the victim of misconduct by a Phoenix Police detective and Maricopa County prosecutors.

The case against Milke fell apart because Armando Saldate, a former Phoenix Police detective who claimed she confessed to him, did not record her confession, had no witnesses, destroyed his notes, and had a record of misconduct that included getting bogus confessions in other cases. That fact was not revealed to Milke's defense attorneys by prosecutors.

In 2015, a Superior Court judge in Arizona officially dismissed the case against Milke. The move came after an appeals court overturned Milke's conviction in 2013.

"Here is a woman that suffered for years that maliciously was prosecuted, she was innocent, it was all based on a police officer that totally lied. To see her free today, free and exonerated is an unbelievable thing," said Michael Kimerer, Milke's attorney.

"I did not break the law, I never thought in a million years I would see the inside of a jail, but it did happen to me, and it really can happen to any one of you, it really can. So these people with power, they shouldn't be allowed to abuse it," said Milke, in a 2015 interview.

How many women are on death row across the U.S.?

According to the Death Penalty Information Center, a group that describes itself as a "national non-profit organization serving the media and the public with analysis and information on issues concerning capital punishment," there are, as of Jan. 1, 2022, 50 women on death rows across the U.S.

The number is based on reports by the NAACP Legal Defense and Educational Fund, and it should be noted that one of the women listed was sentenced to death as a male, and transitioned to female while on California's death row.

The state with the most number of women on death row is California, with 22.