MIDLOTHIAN - Police in suburban Chicago are looking for an armed bank robber who struck a BMO Harris.

On Thursday around 1 p.m., a man entered the bank located at 4050 147th St. in Midlothian, Illinois. The suspect walked up to the teller, displayed a gun and demanded money, according to police.

The suspect then fled on foot traveling north, police said.

He is described as a Black male, standing between 5-foot-8 and 6-feet with a average/heavy build, wearing black pants, a black hooded sweatshirt over his head and a black mask.

Police also said the suspect walked with a noticeable limp to his right leg. 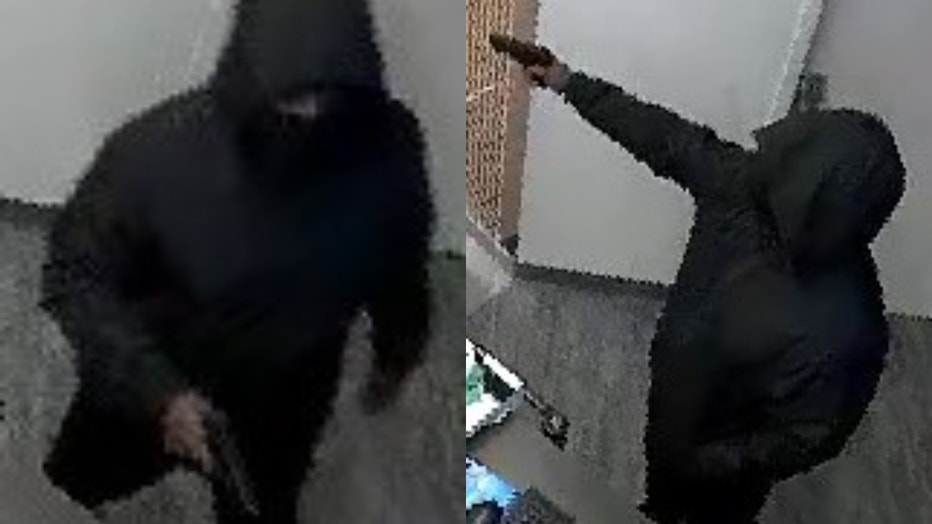 Suspect in an armed bank robbery that took place Sept. 23, 2021 in Midlothian, Illinois.

He is still at large and considered armed and dangerous, police said.

Anyone with information is asked to contact the Midlothian Police Department at (708) 385-2534.