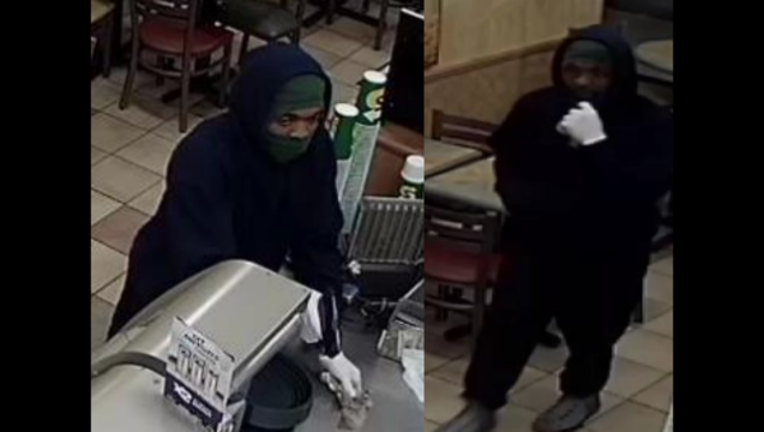 Officers responded at 6:34 p.m. to the Subway at 1400 N. Roselle after it had been robbed of $600 by a person with a semi-automatic handgun who told an employee to “give me the money,” according to Schaumburg police.

The suspect was described as a 5-foot-8 black male with a medium build, police said. He was wearing a navy blue hooded sweatshirt, white gloves, gray shoes and a green scarf or bandana pulled over his face.

Anyone with information about the robbery was asked to call the non-emergency number for Schaumburg police at (847) 882-3534.