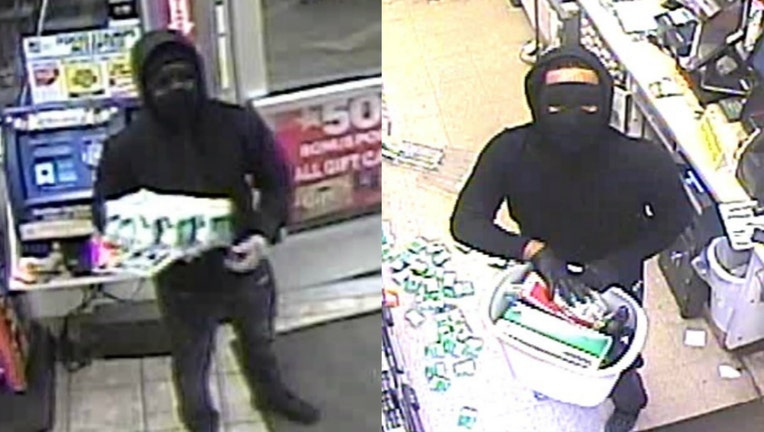 Police are looking for armed robbers who hit the same gas station twice within the span of four days in Frankfort Township, and may be involved in similar robberies in the area.

A speedway gas station at 7218 Lincoln Highway was robbed about 5:40 a.m. Tuesday, according to the Will County sheriff’s office. It was previously robbed the morning of Dec. 20.

In both robberies, the suspects entered the store and ordered a customer and employees to the ground at gunpoint, the sheriff’s office said.

After leading employees to a back room, the suspects stuffed cartons of Newport cigarettes into large garbage bags and took money from the register, the sheriff’s office said. They also stole customers’ wallets in some cases.

Investigators believe the two robberies were committed by the same suspects, the sheriff’s office said. The suspects may be involved in similar robberies in other jurisdictions.

They were described as males wearing dark clothing, gloves, ski masks and armed with handguns, the sheriff’s office said. They were seen in a white Jeep Grand Cherokee or a white Kia Optima with garbage bags over the license plates.

Anyone with information is asked to call Will County sheriff’s detectives at 815-727-8574.