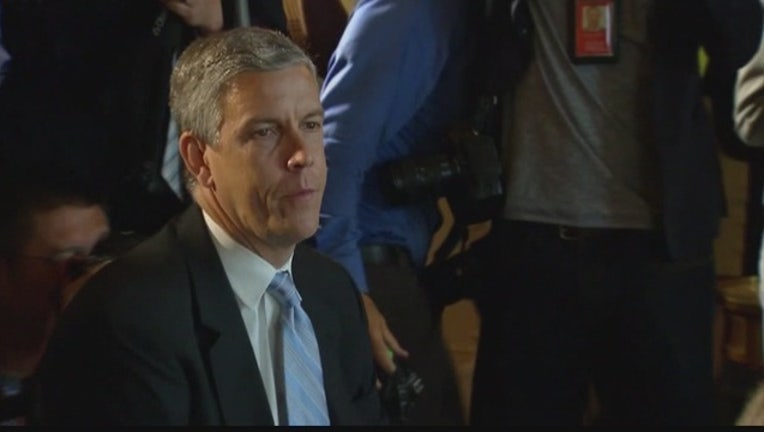 Duncan said Thursday that he'll join with Emerson Collective to work with people ages 17 to 24 who are neither working nor in school. The Emmerson Collective was founded by Laurene Powell Jobs.

Duncan left the Obama administration in December. He noted it's a tough time to be in Chicago, where he says there is "a lot of anger, fear and a staggering murder rate."

Duncan said the violence is a symptom of hopelessness and that his priority "is to give young people hope by getting them jobs."

By giving them job training and a chance at a real job, Duncan says they can resist the gang culture.