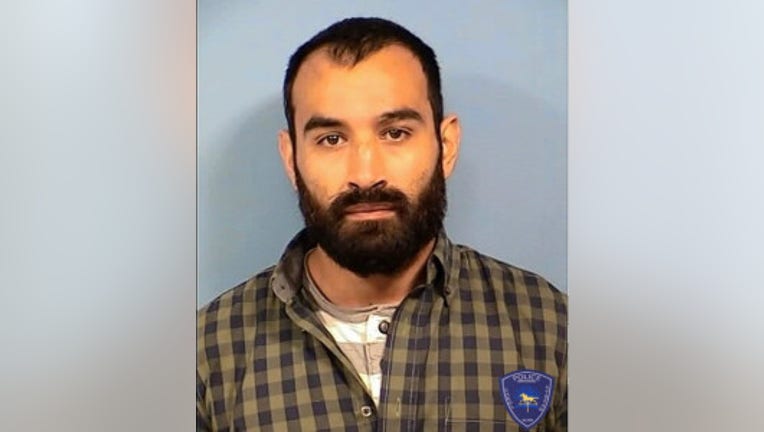 CAROL STREAM, Ill. - Carol Stream police on Friday announced charges against a man who allegedly tried to kidnap a girl in July.

Humberto Caldera, 31, was arrested Tuesday in his Carol Stream home and later charged with a felony count each of kidnapping, unlawful restraint and aggravated battery, police said in a statement.

He’s also charged with disorderly restraint for a July 2020 incident in Glendale Heights where he allegedly followed a 17-year-old girl to her home and asked to come inside, police said.

In the Carol Stream attempted kidnapping, Caldera allegedly came up behind a 13-year-old girl Aug. 8 in the area of Flint Trail and Niagara Street and wrapped his arms around her, police said.

He tried to pick her up, but her three friends nearby came to her defense and hit him repeatedly until he let her go.

“It was a unified front,” Carol Stream police spokesman Dino Heckermann said then. “They went instinctively to the aid of their friend.”

He left on a blue bicycle with a basket behind the seat, police said. The attack happened in a residential area about a block from Roy De Shane Elementary School.