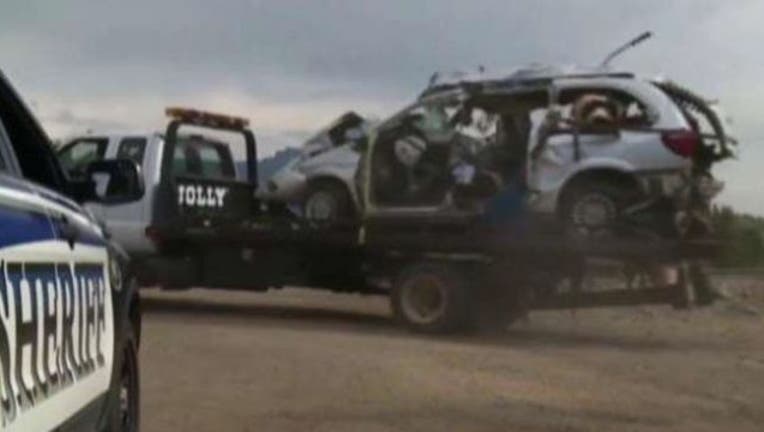 The Colorado State Patrol released a statement saying a 2005 Chrysler Town & Country failed to yield right of way to the train and was struck at 9:45 a.m. Sunday just outside Trinidad. The van's driver and three of the six passengers died at the scene. A fifth passenger was taken to a hospital and declared dead.

The TV station Denver7 reports that a Colorado State Trooper says a girl in the van was flown to Children's Hospital in Aurora, Colorado, with serious injuries.

Authorities will release the names of the van's occupants once relatives are notified.

An Amtrak spokeswoman tells the station that more than 280 passengers were on board at the time of the crash. No one on the train was injured.

The Denver Post reports that the spokeswoman says the Southwest Chief train, which travels between Chicago and Los Angeles, resumed its route at 5 p.m.

Authorities are investigating but neither alcohol nor drug use is suspected.