EDWARDSVILLE, Illinois - Tornadoes ripping through the St. Louis area caused at least seven deaths, including at least six dead at an Amazon warehouse in Edwardsville, Illinois.  The same storm system devastated the town of Mayfield, Kentucky, where dozens were feared dead in a collapsed candle factory.

"Amidst these conditions, the Edwardsville community experienced great tragedy. It brings me great sorrow to confirm that at least six individuals lost their lives. Search and recovery operations are ongoing," Illinois Gov. JB Pritzker said on Saturday night.

Edwardsville Police Chief Mike Fillback told reporters early Saturday morning that the roof of the Amazon facility there was ripped off and a wall about the length of a football field collapsed. About 30 people who were in the building were taken to the police station for evaluation.

Fillback said on Saturday night that it was not clear how many people were inside the building at the time, there had been a shift change going on and delivery drivers were going in and out.

"This is a devastating tragedy for our Amazon family and our focus is on supporting our employees and partners," Amazon spokesperson Richard Rocha said in a written statement.

In rural St. Charles County, Missouri, one person died and two others were injured when buildings collapsed near the town of Defiance.  A twister was suspected to destroying several homes there and in the town of New Melle.

The outbreak of bad weather continued through Kentucky, where dozens were feared dead in the town of Mayfield. A candle factory there collapsed overnight, and crews were working through the day Saturday to locate any survivors and pull out the remains of the dead. 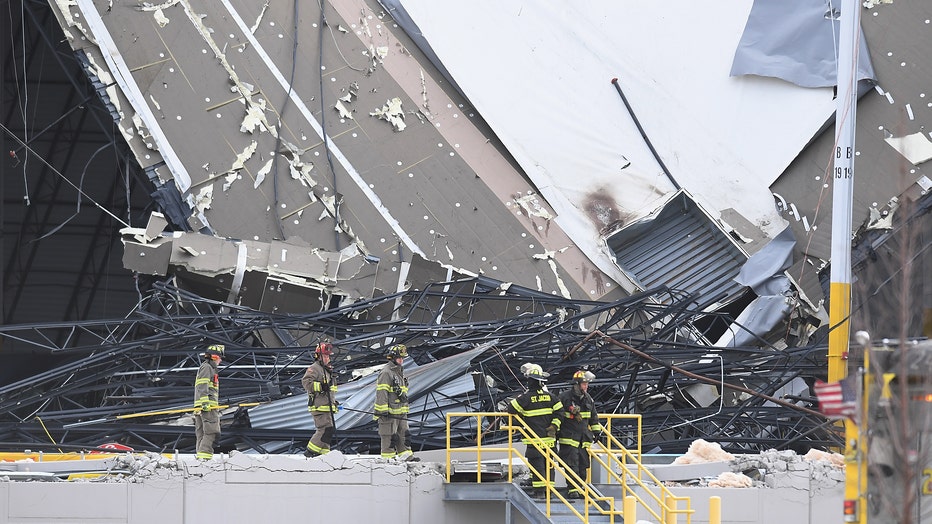 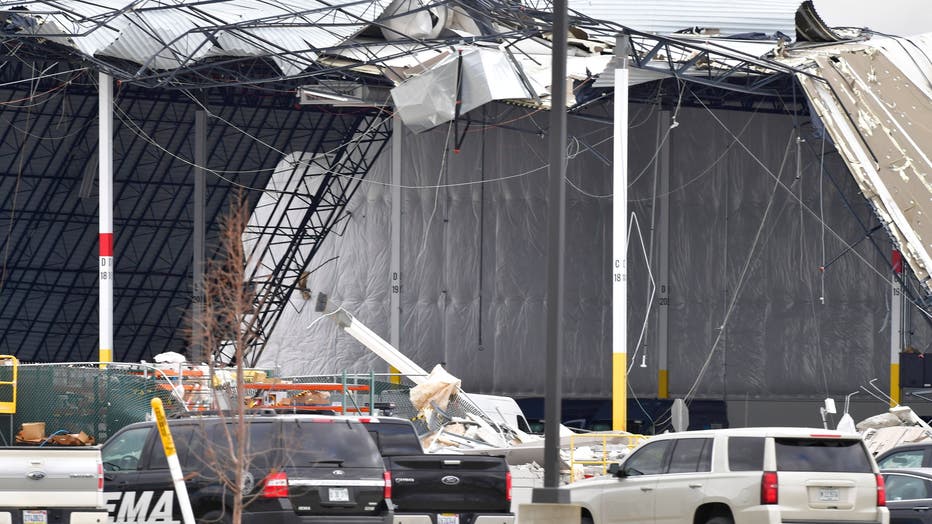 Workers remove debris from an Amazon Fulfillment Center in Edwardsville, Illinois, on December 11, 2021, after it was hit by a tornado.  (Tim Vizer / AFP)