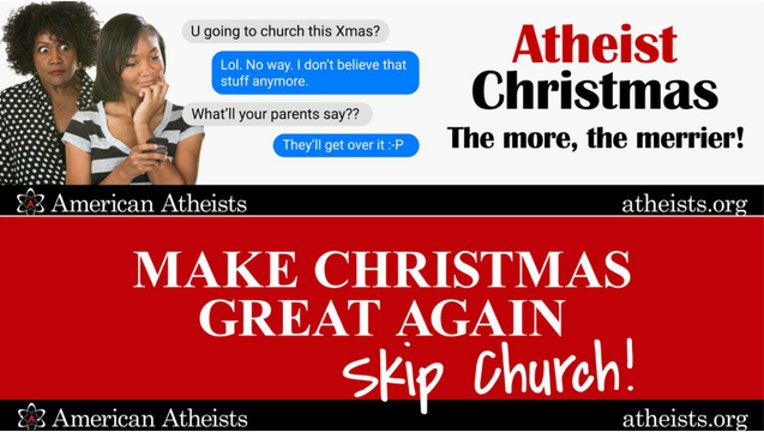 FOX NEWS - An atheist group is launching a billboard campaign that encourages Americans to skip church this Christmas.

Another shows a mother looking over her daughter’s shoulder as she reads a text from a friend who asks her if she’s going to church this Christmas.

Her response? "Lol. No way. I don’t believe that stuff anymore."

"It is important for people to know religion has nothing to do with being a good person, and that being open and honest about what you believe — and don’t believe — is the best gift you can give this holiday season," said David Silverman, president of American Atheists. "More and more Americans are leaving religion, but we still have work to do when it comes to fighting the stigma many atheists face."