The murder of a former Chicago Bears’ girlfriend is getting a closer look. Attorneys are specifically focusing on Shaun Gayle's alibi the day his pregnant girlfriend was killed.

CHICAGO - The murder of a former Chicago Bears’ girlfriend is getting a closer look. Attorneys are specifically focusing on Shaun Gayle's alibi the day his pregnant girlfriend was killed.

On Thursday, a judge approved a subpoena, allowing attorneys for the woman who was put away for the murder to take a closer look at crime scene evidence.

Rhoni Reuter was murdered in 2007. Marni Yang was convicted and is serving time for that murder. Her attorneys want to know more about a fingerprint found at the crime scene. The judge's approval allows the fingerprint to be run through a database. 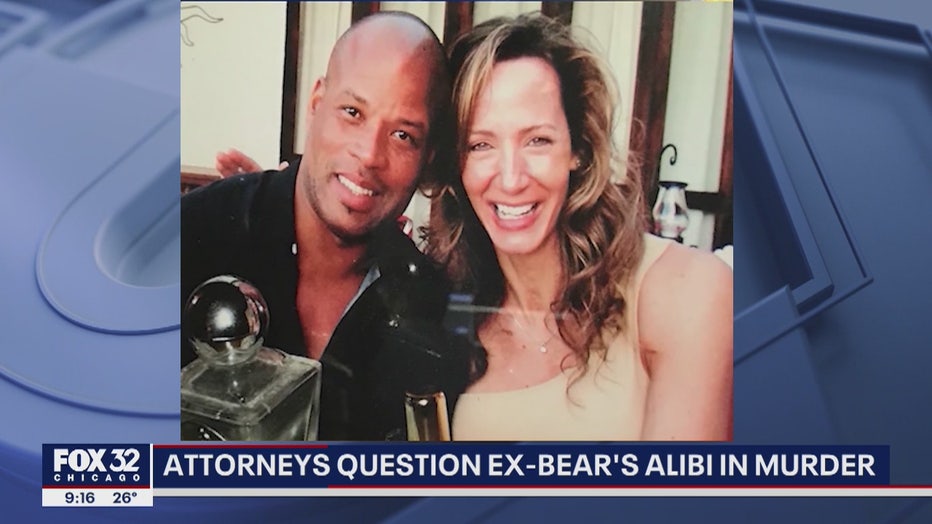 Yang's attorneys are also focusing in on Gayle's alibi. The attorneys say the former Bears defensive back was not at the barbershop when he claimed to be the day of the murder, and that surveillance video from the barbershop will prove that.

“It is a major step because it allows us to accumulate additional, undisclosed evidence pointing to Marni Yang's actual innocence,” said Yang’s attorney Jed Stone. “I can't wait to report the results of today to Marni because again hope is what people in her situation have and it's very hopeful.”

The Lake County Prosecutor released a 184-page motion response to Yang's attorneys. It said in part, "It is clear that the defendant continues to rehash these salacious claims regarding Shaun Gayle for their sensationalism value in an effort to deflect from her own clear guilt.”

"While such sensationalism has value in selling dramatic novels, it has no place in a court of law," the response continued.

The Yang family released a book back in 2018 called "My Mom Marni" -- defending their mother and claiming she is innocent.