AURORA, Ill. - For the sixth time, Aurora has been recognized for having the best water in Illinois.

Mayor Richard Irvin toasted the staff of Aurora's Water Production Division on Tuesday in celebration of its sixth state title.

"I want to say congratulations to the six-time champs," Irvin said. "Your success is the city's success and you guys have shown great success, not just this year but every single year that you guys come to work and although you're winning an award this year, in my mind you guys win awards every single day that you come to work."

The city last won the coveted annual state contest in 2009. 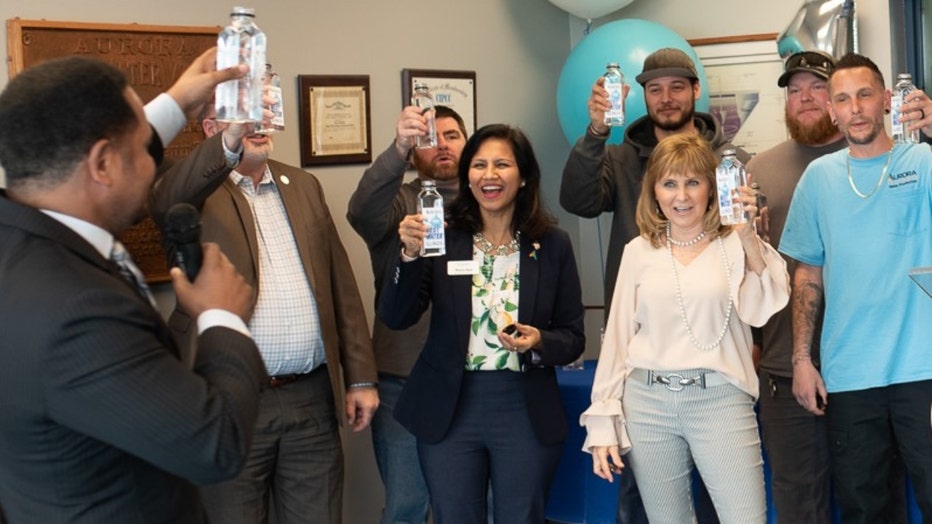 Mayor Irvin leads a toast with City staff and aldermen to celebrate the ‘Best Water in Illinois’ Award. (City of Aurora)

After being crowned "Best Water in Kane County" for the eighth time in December, Aurora went on to beat Rockford, Park Forest and Champaign County in the state competition.

Held by the American Water Works Association's Illinois Section, the contest judges a city's water based on taste, odor and color.