The Hobb Building will be transformed into apartments, restaurants and retail.

AURORA, Illinois - An old building in Aurora's downtown is getting a new life.

The Hobb Building has been vacant for nearly 40 years and is 128-years-old.

On Sunday, Aurora Mayor Richard Irvin and the developers swung ceremonial sledgehammers to mark the start if its rehab.

It will be converted into a multi-plex with 31 apartments, retail and restaurants. The iconic onion dome that was removed five years ago will also be restored. 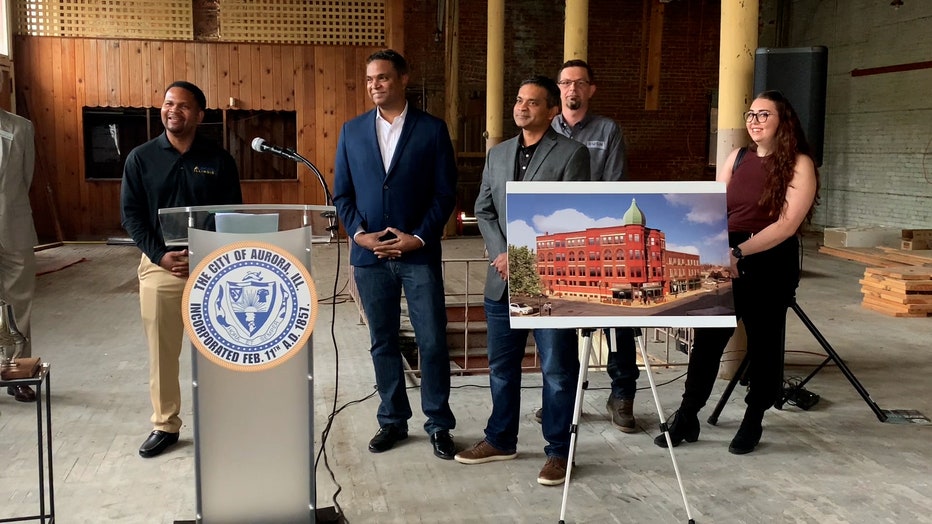