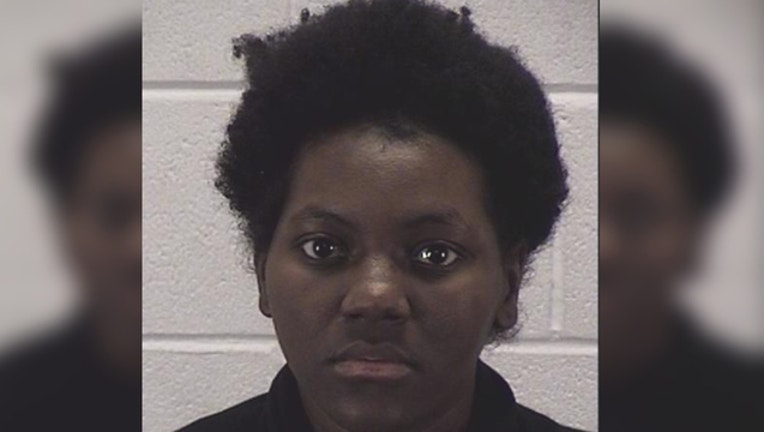 Trivea Jones, 23, has been charged with two counts of felony battery against her infant son who remains on life support.

AURORA, Ill. (SUN TIMES MEDIA WIRE) - A woman was charged with murder for the death of her infant son in west suburban Aurora.

Trivea S. Jones, 23, was charged with two counts of first-degree murder following her 6-month-old son’s death on Tuesday, according to a statement from the Kane County state’s attorney’s office.

She was previously charged with aggravated battery to a child and aggravated domestic battery in connection with an incident involving the baby last week, according to Aurora police.

The state’s attorney’s office dismissed the initial case and authorized the murder charges after the boy’s death.

About 5 p.m. on June 21, Aurora police officers and fire officials responded to calls of an infant who was unconscious and not breathing at a home in the 2000 block of Fox Pointe Drive, police said. Once they arrived they found the boy lying on the family room floor and immediately tried to resuscitate him.

The child was taken to an area hospital for treatment. Hospital staff found the boy suffering from severe trauma and having a fractured skull, police said.

He was airlifted to a Chicago trauma center, where he remained on life support until he was pronounced dead on Tuesday, police and prosecutors said.

Jones, who was at home alone at the time of the incident, told officials her son suddenly stopped breathing while she was feeding him but later allegedly admitted to slamming him against a piece of furniture and leaving him unconscious on the floor for some time before asking a neighbor to call for help, police said.

Kane County Associate Judge Keith Johnson ordered her held on $2 million bail during a hearing Wednesday, prosecutors said. Her next court date was set for Friday.