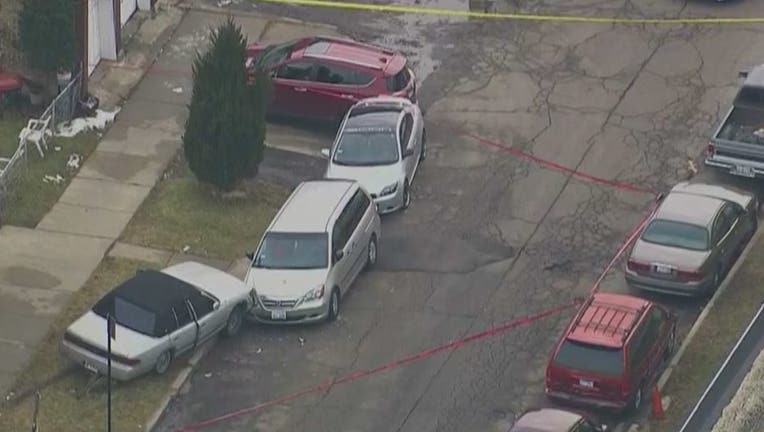 CHICAGO - A man killed Thursday during an encounter with police died from both a self-inflicted gunshot wound and from Chicago police gunfire, the Cook County medical examiner’s office ruled Friday.

His death was ruled a homicide, but the medical examiner’s office said both gunshots — from himself and from police — “independently caused injuries severe enough to result in death.”

When “both external and internal factors may result in death, preference is given to external factors,” the medical examiner’s office said in a statement.

The medical examiner’s office said 31-year-old Mariano Ocon Jr. suffered a self-inflicted gunshot wound to the head, along with other gunshots to the chest and arm caused by another individual.

Man killed in Belmont Cragin shot himself — but was also hit with police gunfire, officials say

Ocon was fatally shot Thursday evening after a foot chase with police in the 6000 block of West Wellington Avenue, authorities said.

Officers tried to stop Ocon’s vehicle after a traffic crash, but Ocon ditched the vehicle — which was occupied by a woman and children — and started running with a gun, police said.

Officers caught up to Ocon at the back of a home in the 2100 block of North McVicker Avenue after receiving a 911 call from someone in the area, police said. After telling him to drop his weapon “numerous times,” an officer shot Ocon in the upper body.

Police, however, also said Ocon appeared to shoot himself. He died at the scene.

Initially, police were unsure if Ocon was hit by police gunfire or his own. Hours after the shooting, police said it was apparent he suffered gunshots from himself and a police officer, but that police would wait for the medical examiner’s office to rule on the cause of death.

The shooting was the first fatal officer-involved shooting of the year.

The Civilian Office of Police Accountability was on scene of the shooting investigating the officer’s use of force, COPA said. According to city rules, footage from officer body cameras must be released to the public within 60 days of an incident.