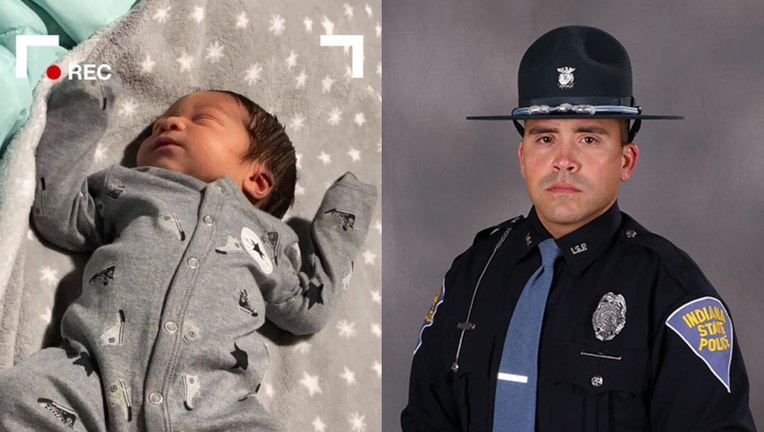 Maliki was delivered by an Indiana State Trooper Jan. 14, 2021 on the side of the Indiana Toll Road.

INDIANA - Shaniqua Traywick and Carl Robertson were racing to the hospital to deliver their baby last Friday when they realized they couldn’t make it in time.

So Roberton pulled over his semitrailer on the Indiana Toll Road in LaPorte County and asked for the assistance of a state trooper parked nearby.

Trooper Thomas Maymi — who later said he was glad "he was in the right place at the right time" — rushed over to their vehicle and began helping Traywick with her contractions, Indiana State Police said in a statement.

The baby was delivered two minutes later and taken with his mother to Northwest Health hospital in La Porte, state police said.

Maliki’s parents said they were in "shock over the grand entrance" by their child, but were grateful for the trooper’s help, according to state police.