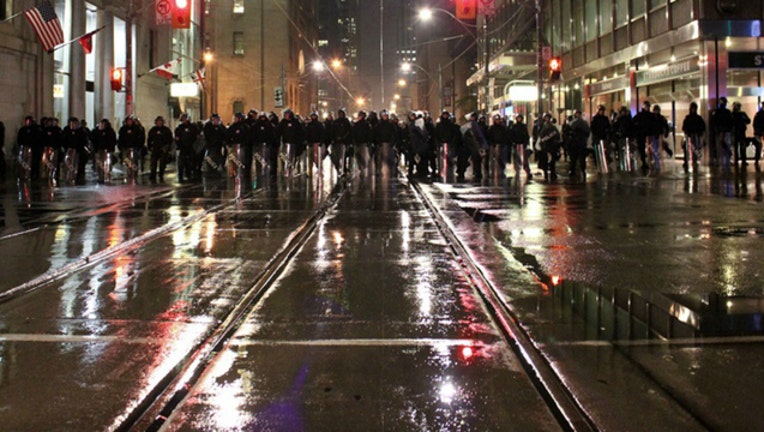 BALTIMORE (AP) — Baltimore police say an infant died during a protest of a recent police-involved shooting.

Police said in a news release that the baby's mother was one of about 30 people who gathered to protest Saturday at the scene of Friday's shooting of a knife-wielding man.

Police say people approached an officer and told him a baby girl was not breathing inside a restaurant. The officer, Major Richard Gibson, performed CPR until paramedics arrived. The one-month-old baby was taken to a hospital, where she died.

Police say according to witnesses, the baby's mother was protesting and went into the restaurant to feed the baby, who then stopped breathing.

Police say the cause and manner of the infant's death will be determined by her doctor or the state medical examiner.