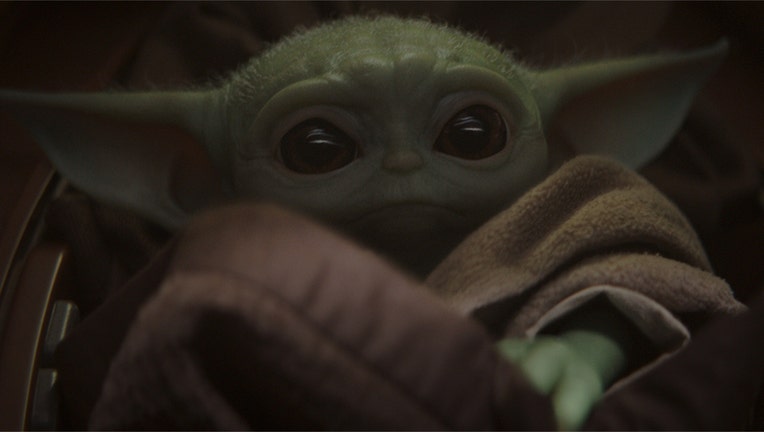 “Baby Yoda,” a breakout star from “The Mandalorian,” will soon have merchandise available and it will likely be just in time for the holidays, a report said. (Photo: Disney+)

FOX NEWS - Up, bottoms must go.

“Baby Yoda” has already permeated our car seats, our nation's nurseries and our celebrity chefs — and now he’s coming for our cocktails.

At least two bars across the nation are making headlines for their Baby Yoda-inspired drinks, with one of the establishments admitting it was a customer who initially came up with the idea.

“They went crazy for it,” said bartender Sammy Black of Lux Central in Phoenix., Ariz., to the Arizona Republic. Black, who came up with the cocktail on the spot, added that the cocktail’s appearance prompted several other bar-goers to start ordering the drink.

"I think I served about 15 of them last night."

The Lux Central’s cocktail, which is dubbed the Lux Baby Yoda, is basically a riff on a gin flip (flip meaning the cocktail is shaken with egg white before serving). Other ingredients include pear brandy, matcha powder and lime juice, according to the Arizona Republic.

But it’s the cocktail’s green-apple ears — and paper bag “robe” — that earned it praise for being “too cute” from a fan on Instagram.

The Sheridan Room in Minneapolis, Minn., might give Lux Central a run for its money, however, as it, too, has debuted its own Baby Yoda cocktail.

“We’ve reached peak internet over here at the Sheridan Room with our #babyyoda gimlet,” the bar wrote in an Instagram announcement earlier this week.

Made with gin and lime juice (again) as well as simple syrup, the Sheridan Room’s Baby Yoda cocktail is finished with brandied cherry “eyes,” lime-wedge “ears” and a robe seemingly fashioned from a cocktail napkin.

According to Mashable, however, the Sheridan Room hasn’t officially added the Baby Yoda to its menu, but is rather offering it as a limited-time special. So if anyone out there wants a taste — and we’re looking at you, Baby Yoda Fieri — they had better get there quick.

Let us know how if it's "off the hook," you tiny little Fieri baby.